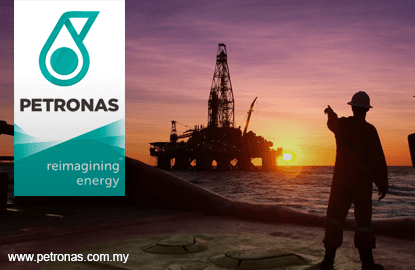 KUALA LUMPUR (Nov 11): Petroliam Nasional Bhd (Petronas) has slashed its 2016 dividend by 38.5% to RM16 billion from a payout of RM26 billion this year after it reported a sharp fall in nine-month profits.

The annual shareholder payout is the lowest since 2007.

"Petronas has discussed for a lower dividend rate with the government. We have agreed to RM16 billion as Petronas' dividend commitment for 2016 compared with RM26 billion this year," its president and group chief executive officer Datuk Wan Zulkiflee Wan Ariffin said in a news conference to announce the group's 3QFY15 financial results today.

Wan Zulkiflee attributed the weak 3QFY15 performance to impairments taken on some of the group's upstream assets.

"The overall bearish sentiment has compelled Petronas to impair certain upstream assets in 3QFY15. As a consequence, our net profit numbers have been hit hard.

"These non-cash impairments are necessary at this juncture, as we brace ourselves for a long drawn-out period of low oil prices," he added.

Wan Zulkiflee said outlook for the remaining quarter of the year and also for the first half of 2016 remains uncertain. Nevertheless, it expects 4QFY15 performance to be affected by the external economic headwinds.

"Global economic growth remains modest at best, compounded by the pending supply surge in the global oil market once sanctions on Iran are lifted, and inaction from OPEC," he said, referring to the Organisation of Petroleum Exporting Countries.

He added that the forecast mild winter season will prolong the slump in oil prices.

Wan Zulkiflee also said that the current low oil prices are already the norm, and that Petronas will continue to adjust to the new prices.

According to Bloomberg, oil has slid about 44% the past year. Brent for December settlement lost as much as 38 US cents, or 0.8%, to US$47.06 a barrel on the London-based ICE Futures Europe exchange.