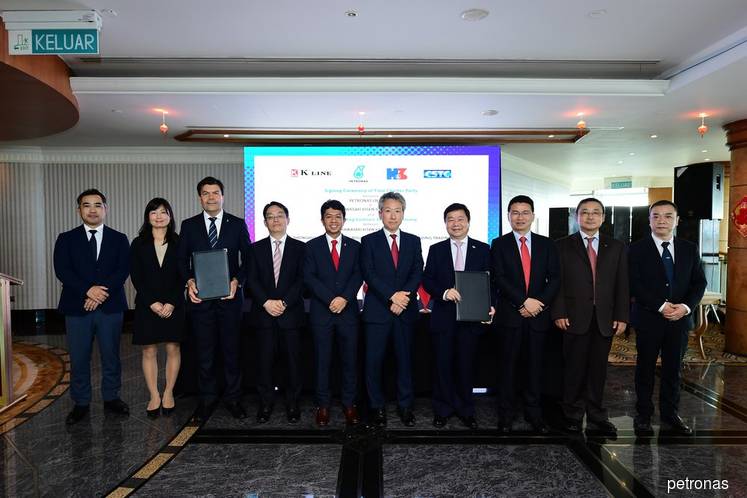 The long-term TCP for the two vessels of approximately 79,960 cubic metres each in capacity comes with an option to extend for another 12 years.

In a statement, Petronas said the TCP is in line with the signing of the shipbuilding agreements between K Line and Hudong-Zhonghua Shipbuilding (Group) Co Ltd, whereby these vessels will be constructed in Shanghai, China, and expected to be delivered in the second quarter of 2022.

“These identical vessels will be dedicated to serving Petronas’ long-term LNG delivery commitment to Shanghai under the new LNG supply agreement with Shenergy Group Company Ltd (Shenergy),” it said.

During the signing ceremony, Petronas executive vice president and chief executive officer of gas and new energy Adnan Zainal Abidin commended the pace of the procurement and chartering of these vessels, which were concluded within four months, thus setting a new standard in the industry.

The vessels, known as Wuhaogou-Max (W-Max), are specifically built to fully optimise the delivery of LNG cargoes to Shenergy’s Wuhaogou LNG terminal in Shanghai.

According to Petronas, the vessels are capable of delivering fully laden cargoes within the channel’s permissible limits without exceeding the port’s draught limitation.