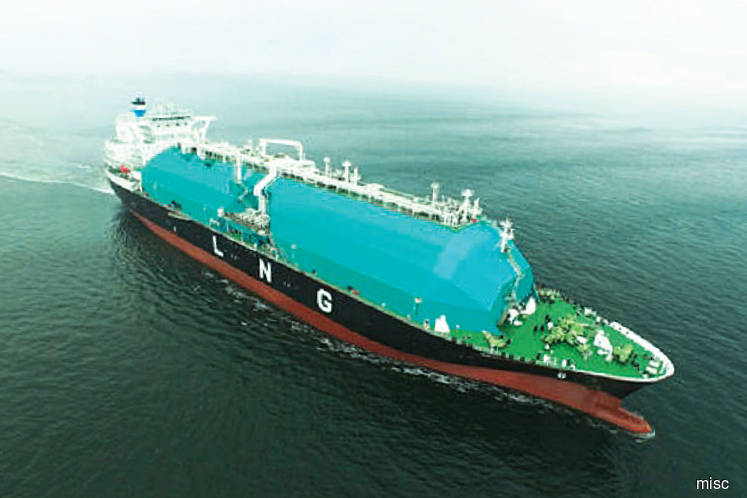 News reports out of Lebanon and international shipping publications put the value of the contract to build the three FSRUs at about US$1.2 billion (RM4.81 billion), with the three ships slated to be moored at Beddawi, near Tripoli; Selaata, north of Beirut; and Zahrani, which is close to Tyre; as recommended by advisers Poten & Partners.

“Yes, Petronas has been shortlisted, but it [the bidding] is quite competitive. Some of the shortlisted companies are consortiums, which are technically very strong,” says an oil and gas (O&G) executive who is familiar with the bidding.

It is understood that offers from the 13 prequalified companies are due by Oct 1, and the decision on the preferred bidder will be made early next year.

In the O&G sector, FSRUs are required as liquefied natural gas (LNG), chilled to -162°C, is transported via tankers to an FSRU moored close to shore where it is re-converted into gas and piped to power plants and other users. FSRUs are popular as they are only about half the cost of onshore LNG import terminals.

Its 62.67% ownership of MISC Bhd stands Petronas in good stead, given the former’s expertise in shipping petroleum products and operating floating production and storage systems.

The synergies these units provide could boost Petronas’ bid.

Possibly because of non-disclosure agreements, Petronas did not respond to The Edge’s queries.

Last month, a news report out of Lebanon indicated the country’s Ministry of Energy and Water had launched a request for proposal for the three FSRUs after 13 international and local consortiums prequalified to participate in the tender. However, this was only picked up by international shipping and O&G publications last week.

The initial plan was for the three FSRUs to be operational by 2020, but it is not clear if this has changed. Not spared the conflict in the Middle East, Lebanon concluded an election in May this year after a nine-year lapse.

Lebanon’s plans for an FSRU date back to as early as 2013, when the Ministry of Energy and Water prequalified 13 companies for a single FSRU but the plan hit a brick wall as a result of political uncertainties. The plan to utilise FSRUs cropped up again late last year when the ministry sought proposals for three floating regasification units, largely to power new and existing power plants.

At present Beddawi has 465mw of power generation capacity, with plans for an additional 569mw and 425mw via a barge.

Selaata has 194mw of generation capacity at Zouk power plant and an additional 180mw from a barge, but there are plans to build another 1,000mw to 1,200mw facility.

Zahrani at present has 465mw of power generation capacity but has plans for a barge to generate 425mw plus an additional 500mw to 600mw.

Thus, the need for the three FSRUs is understandable. Although 13 outfits were shortlisted, some 33 companies had submitted bids to develop the FSRUs.

For Petronas, securing such a contract could put it in a good position to bag more such jobs.

Other than Lebanon, Greece, Israel and Cyprus are also understood to be evaluating FSRU projects. Greece has proposed a second FSRU terminal — Aegean LNG in Kavala Bay — while Turkey is looking to increase capacity at the Marmara Ereglisi and EgeGaz Aliaga terminals by two-thirds in 2018 and 2021, respectively.