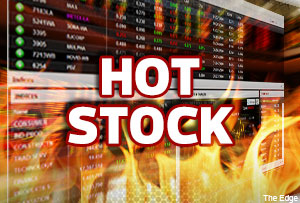 “Petronas counters are down due to the capex news. And it is not just these counters, but other O&G stocks as well,” he said over the telephone.

The research analyst, however, maintained his "neutral" rating for the sector.

Among the other falling O&G stocks are SapuraKencana Petroleum Group Bhd and Dialog Group Bhd.

In a note today, TA Securities said the move to cut capex was expected, but noted Petronas had indicated its exploration and production (E&P) programme would remain intact by optimising costs.

The research house sought clarity on whether the cut affects the upstream E&P or downstream segment, or both and whether local or international capex would be impacted.

The TA research team maintained its "neutral" view for the sector.

“We believe uncertainty in the direction of oil prices will continue to weigh down on sentiment,” it said.

“Prospects of O&G companies remain downcast, afflicted by the cocktail of adverse news alluding to suppressed oil prices,” it said.