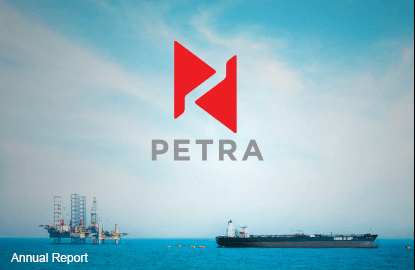 KUALA LUMPUR (Aug 21): Petra Energy Bhd’s net profit jumped 84.5% to RM14.9 million from RM8.1 million a year ago in its second quarter ended June 30 (2QFY15), on positive contribution from its services segment, which was strengthened by a decrease in finance cost.

Thus earnings per share for the latest quarter rose to 4.63 sen per share, from 2.51 sen per share a year ago, its filing to Bursa Malaysia today showed.

Revenue for 2QFY15 came in at RM164.7 million, 29.3% higher than the RM127.4 million seen in 2QFY14, as a result of a higher contribution from the hook up, commissioning and top-side major maintenance (HuC/TMM) contract from PETRONAS Carigali Sdn Bhd (PCSB).

On prospects, the group said it will focus on growing the current business and aggressively exploring new opportunities in the oil and gas value chain for new revenue streams — which will remain a priority.