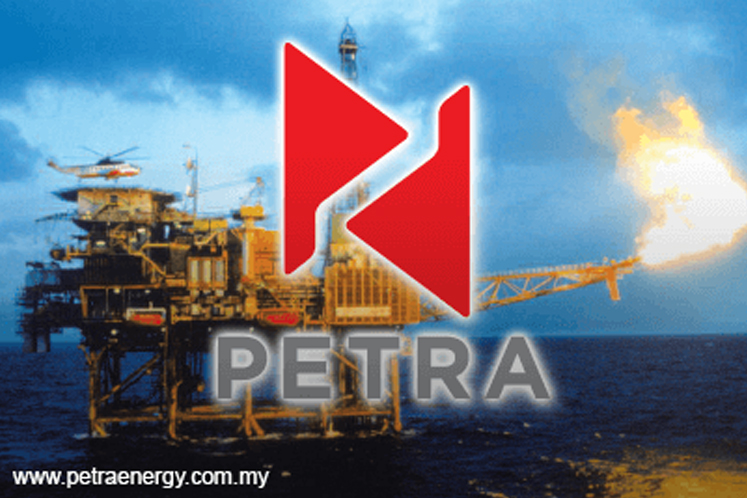 The contract, which entails “the continuation of [production] in the Banang field”, places Petra among the few local companies with the expertise to operate oil fields. The others include Petronas’ wholly-owned Vestigo Petroleum Sdn Bhd and O&G giants Sapura Energy Bhd and Hibiscus Petroleum Bhd.

To recap, in mid-2012, Petra and Coastal Energy Co, via 30:70 joint-venture (JV) company Coastal Energy KBM Sdn Bhd, bagged a small field risk service contract (RSC) for the development and production of petroleum from the Kapal, Banang and Meranti (KBM) cluster of small oil fields in Block PM 316 off the coast of Terengganu for an eight-year duration commencing end-June 2012.

While Petra declined to comment for this article, an O&G industry source says, “To cut a long story short, what this basically means is that Petra is going to undertake the development of the Banang field without a partner, or without Coastal Energy.”

“This also means that — if successful — Petra will have a track record of operating a field, which opens up possibilities of securing similar [oilfield operating] contracts regionally, if it executes this [Banang technical service agreement] well,” he adds.

While it is not known how much oil reserves the Banang field still holds, O&G publications from 2012 stated that the KBM cluster, located in a 20km radius and containing 17 wells — 10 at Kapal, four at Banang and three at Meranti — was estimated to contain recoverable resources of 15 million to 35 million barrels of oil.

Petra’s annual report for financial year 2018 (FY2018) said the KBM cluster RSC reached a total production level of about 16.8 million barrels of oil equivalent as at end-2018. At press time, Petra’s 2019 annual report had yet to be published.

However, considering that Petronas’ contract award is valued at RM170 million, substantial hydrocarbon deposits are likely to be extracted in Banang.

While details are scarce, Petra’s FY2018 annual report stated, “To date, the project [the KBM cluster RSC] has contributed RM151.1 million, via share result of an associate (30% stake), to the group’s earnings since year 2015 … Production costs have consistently been below budget and development within schedule. The project is said to be one of the most sustainable and profitable RSC projects.”

To put things in perspective, Petra and its partner did well at the KBM RSC, with first oil produced in December 2013 from the Kapal field, which was churning out 10,000 barrels of oil per day and 13,000 barrels per day at its peak. The Banang and Meranti oil fields were operational by the end of 2014 and 2019 respectively.

Oil production at Banang commenced in mid-July 2014 — three months ahead of schedule.

Considering the rest of the RSCs — with the exception of Petronas’ Vestigo Petroleum in Tembikai-Chenang — have either ceased operations, were terminated or seen the shareholders exit, Petra and Coastal Energy seem to have done well.

Nevertheless, the O&G source observes that the margins for such contracts are not very high, and with Brent crude hovering at about US$40 per barrel, he estimates Petra’s margins to be anywhere in the high single to low double-digit range.

At RM170 million over two years, and margins of say 10%, the contract could add about RM8.5 million a year to Petra’s bottom line and RM85 million to its revenue, assuming there are no issues.

Meanwhile, in the fourth quarter of FY2019, Petra registered a net profit of RM21.68 million from RM124.37 million in turnover.

On the material change in its bottom line from 4Q2019, Petra says the losses were a result of “decreasing activities” — which are deferments in hook-up and commissioning and topside maintenance works as a result of oil companies revising their budgets, coupled with a delay in mobilisation marine assets brought about by the Covid-19 pandemic, and a decline in oil prices.

With a relatively healthy balance sheet, Petra could look to grow its oilfield operations segment. As at end-March this year, Petra had cash and bank balances of RM142.48 million and short-term borrowings of RM22 million, with no long-term debt commitments. As at end-March, the company had retained earnings of RM82.07 million.