Petiton to save Penang's Batu Ferringhi from overdevelopment gains traction 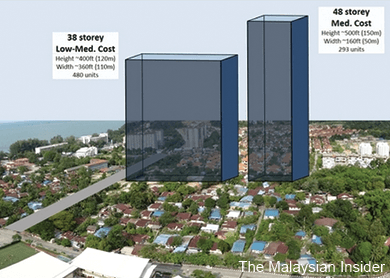 PENANG (Jan 22): Residents in Batu Feringghi have launched a campaign asking the Penang government to prevent turning the state’s iconic tourist destination into an overcrowded neighbourhood.

The “Please save Batu Ferringhi” campaign placed on the online petition portal change.org has garnered 1,000 signatures within five days of it being launched on January 13.

“We would like to reiterate that we are not against development per se, but against ad hoc developments that could potentially have an adverse impact on this iconic tourist belt and the lives of those who live and work here,” the petition said.

The petition cited a proposal by Orientside Development Sdn Bhd on land occupied by Kampung Chetty whose residents were being evicted.

A spokesman for residents said the petition has been sent to Chief Minister Lim Guan Eng and more people are expected to sign the petition in support of the cause.

Jagdeep Singh, the executive councillor for town and country planning, and housing, said the project proposed to the Penang Island Municipal Council (MPPP) had not been approved.

He said the state will wait for the outcome of a hearing on the matter with the State Appeals Board.

“The residents have raised their objections and concerns, so let the board decide,” he said.

Khoo Boo Lim, chairman of the Malaysian Association of Hotels’ Penang chapter, said there were plans to meet Bukit Bendera MP Zairil Khir Johari at the end of the month, but declined to elaborate on the details.

He added that as far as the hotels were concerned, they acknowledged some of the concerns raised, especially those that may impact on the tourism allure of Batu Ferringhi.

Meanwhile, most of the villagers in the pre-war Kampung Chetty have resigned to being evicted, as the developer has offered compensation with alternative housing.

Hawker Foo Wah Wye, 68, who has lived there for 40 years, said the residents could not oppose the project as they were residing on private land.

He said each house in the village is compensated for with a low-medium cost apartment on the site.

“They are compensating us with a 3-bedroom apartment measuring 700 sqft, which is supposed to be ready by 2017,” he said.

“We are poor people and we do not oppose this project,” he added. “We want it to be completed fast.”

He said he moved out after receiving a lump sum of RM14,400 to cover rental for two years while the apartment, valued at RM70,000, is being built.

Retired municipal council worker Nagappan Moortee, 71, who was born in the village, is expecting to receive his eviction letter soon.

He and his wife of four decades, Padmini Suppiah, 60, are sad but prepared to move out as they are being given an alternative housing.

“We can’t do anything. The developer has bought over the land,” he said.

He said despite getting a house in the apartment block, it would be a far cry from the closely knitted community that they have known in the village for decades. 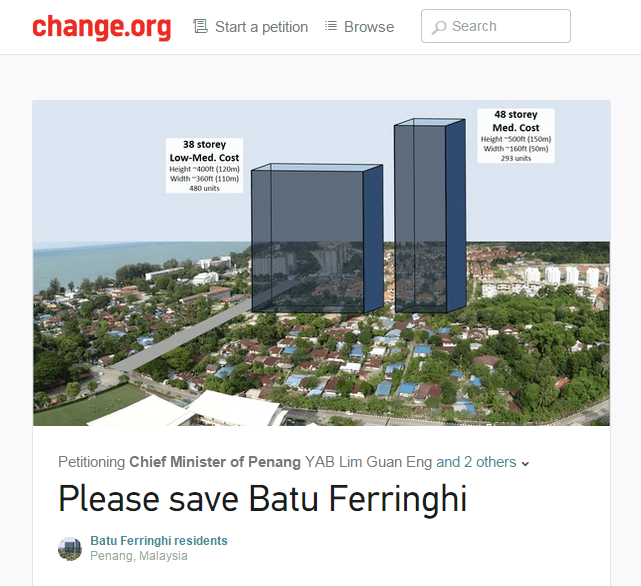