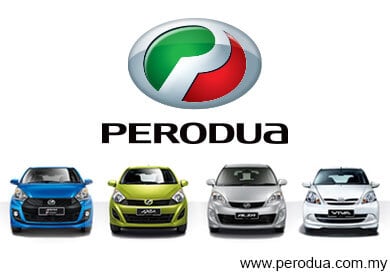 KUALA LUMPUR (May 21): Perodua is targeting to sell 1 million Myvi units by the end of 2017 based on the 850,000 already sold as of end-April 2015 on momentum of demand as well as other promotions.

In a statement today, Perodua president and chief executive officer Datuk Aminar Rashid Salleh said the Myvi, which was celebrating its 10th Anniversary this year, had been well accepted.

“On average, the Myvi’s bookings so far this year is about 8,000 units per month,” he said.

Aminar said since the Perodua Myvi was launched in 2005, the model had 10 variant launches with the second generation Myvi launched in 2011.

“Barring any unforeseen circumstances, we are cautiously optimistic that with the activities and promotions we have lined up until 2017, the target of 1 million Myvi cars is achievable,” he said.

Aminar said that to commemorate the 10th year milestone, Perodua was having a 2-day celebration on the 23rd and 24th of May and had invited all Myvi owners and/or drivers to participate.

On April 21, Perodua issued a media release inviting Myvi owners or drivers to the “Myvi Nation, the Biggest Myvi Gathering”.

Those participating must bring their Myvi to the full-day event to receive a certificate and an exclusive gift pack worth over RM400, as well as be in the running to win a special 10th Anniversary Commemorative Edition Myvi car.

“So far about 3,000 Myvi owners or drivers have registered on our website and we are grateful for the strong endorsement from our valued customers,” Aminar said.