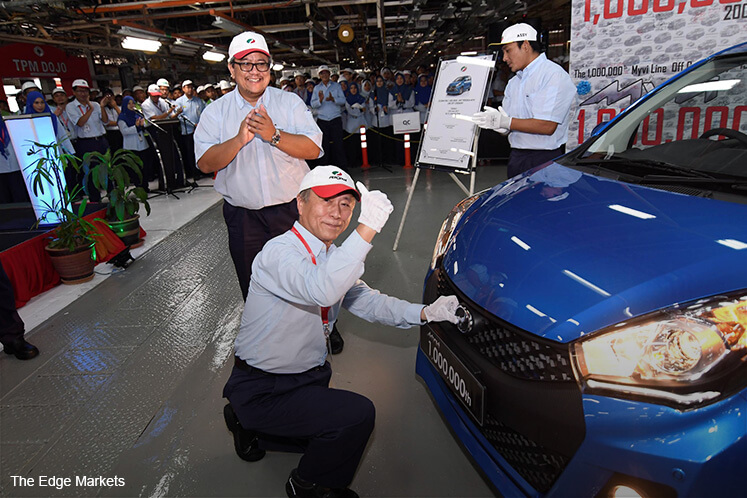 "The Perodua Myvi has set a new standard for us in terms of products offerings as well as customer expectations and it is our benchmark for all our future models," said Perodua's president and chief executive officer Datuk Aminar Rashid Salleh.

"Also, based on our internal calculations, all our models, the Myvi, Alza, Axia and Bezza, retain their spot as the most preferred vehicles in their respective segments. We wish to thank all Malaysians for their support," Aminar said.

In terms of exports, the Myvi has been sold in six countries since 2006, namely Mauritius, Brunei, Singapore, the UK, Fiji and Nepal, under the Perodua brand.

However, the Myvi's biggest export market is Indonesia, where nearly 31,000 units have been sold since 2007, under the Daihatsu Sirion brand, said Perodua.

In total, Perodua exported 35,400 Myvi/Sirion models since 2006 in these markets, it added.

Meanwhile, Perodua estimated the total industry volume for the first five months of 2017 to be 233,700 units, with a 35% market share for the company.

"We are cautiously optimistic of achieving our 202,000 sales target for this year despite the continued tough and challenging market condition," said Aminar.