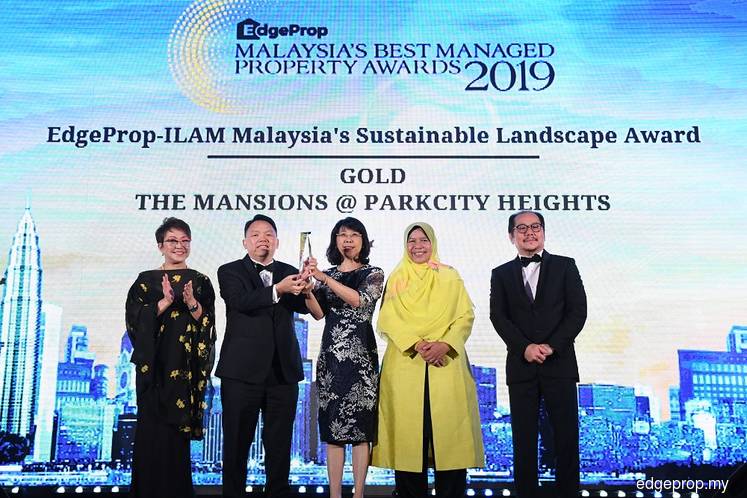 PETALING JAYA (April 21): For Perdana ParkCity Sdn Bhd, the master developer of Desa ParkCity and a unit of Sarawak-based Samling Strategic Group, building a sustainable township is to create a “lovable” township with the human touch .

Many are amazed by how a former quarry mine where no plants could grow is now an award-winning township with two man-made lakes teeming with fishes and aquatic plants that have become popular recreational areas for its residents and even the public.

Desa ParkCity is known for its quality living environment, master plan design and urban green spaces. This unique ParkCity DNA is what makes its Desa ParkCity township in Northwest Kuala Lumpur so successful. The same DNA has also been injected into its 190-acre master-planned ParkCity Hanoi in Vietnam and the 551-acre Marina ParkCity in Miri, Sarawak.

Recognising the effort the developer has put in, it has been awarded the winner of EdgeProp Malaysia’s Responsible Developer: Building Sustainable Development Awards 2019.

It also clinched another award for The Mansions @Perdana ParkCity project under the EdgeProp-ILAM Malaysia’s Sustainable Landscape Award 2019 where it was awarded the gold winner for this category.

Thanks to the landscaping and design creativity of Praxcis Design Sdn Bhd, this elevated tract is now home to one of Kuala Lumpur’s exclusive gated and guarded homes.

Seated at the highest peak in the sought-after address of Kuala Lumpur’s Desa ParkCity, The Mansions @ ParkCity Heights is a superb piece of landscape design that has succeeded in bringing the community together.

Here, credit must also go the developer, Perdana ParkCity, for its visionary support for such an out-of-the-box project.

“It is indeed an honorable and prestigious award for ParkCity. We are proud to have earned this exclusive endorsement. This accolade enhances not only the credibility of our developments but also the company’s brand,” says Lau.