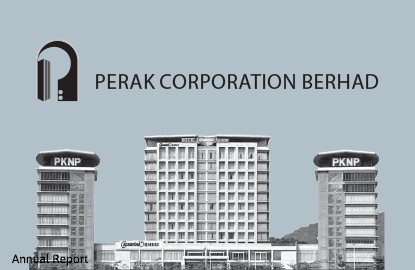 KUALA LUMPUR (April 8): Perak Corporation Bhd (Perak Corp) said it is raising its stake in the company that is developing the country's first animation theme park to 51% from 49% to ensure the park's completion.

With this ATP becomes Perak Corp's indirect subsidiary, allowing it to leverage on Perak Corp's resources to ensure the completion of the theme park, known as Movie Animation Park Studio, in Meru Raya, Ipoh.

"ATP is expected to enhance the future earnings of the group, particularly in the hospital and tourism segment when the (theme park) becomes operational, and enabling the group to have better control and management of ATP and its resources," said Perak Corp.

ATP, a joint venture between Perak Corp and RSG Maps Sdn Bhd, has yet to commence business operation as the theme park is still under construction.

Perak Corp said the increase in stake is not expected to have any effect on its earnings, net assets and gearing for the financial year ending Dec 31, 2016 as the theme park is only expected to become fully operational in the last quarter.

It was previously reported that the first phase of the RM450 million theme park was expected to be completed by the first quarter of 2016.

RSG Maps chairman Ramelle Ramli was reported as saying that phase two of the park will comprise hotels, serviced apartments, a lifestyle retail and dining concept while phase three would be a water park.