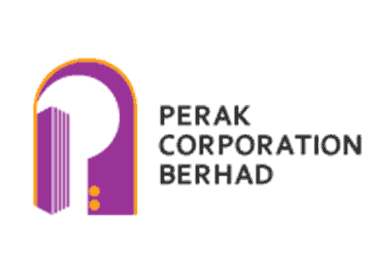 IPOH (Mar 27): About 99% of Perak Corp Bhd shareholders today voted to support a company proposal to dispose of its 15.74% stake in Integrax Bhd to Tenaga Nasional Bhd (TNB) for RM3.25 per share.

The resolution at the extraordinary general meeting (EGM) here has put to the vote by way of poll.

"We got the approval and hope that it is enough for TNB to win (in a takeover tussle with Integrax's major shareholder Amin Halim Rasip for the port operator). We hope it will be a successful exercise from TNB," Perak Corp chief executive officer Datuk Aminuddin Md Desa told reporters after the meeting.

Aminuddin also revealed that Perak Corp (fundamental: 1.9; valuation: 2.4) shareholders at the EGM were told that the board will look into a proposal to pay a special dividend to shareholders with proceeds from the sale.

State-owned Perbadanan Kemajuan Negeri Perak is the single largest shareholder of Perak Corp with an effective equity interest of 52.9%, while Sime Darby Property Bhd has a 6.12% stake in Perak Corp.

Earlier, at a press conference, Amin, who is co-founder and deputy chairman of Integrax (fundamental: 1.65; valuation: 1.2) and a Perak Corp shareholder, expressed his disappointment with the result of the EGM.

"At the meeting, minority shareholders had raised various proposals including the option to wait and seek for higher offers and that it should be sold at RM3.66 per share," he said.

"Not withstanding all that, Perak Corp had decided not to grant a decision to push all that through.

"So, it appears that there is an abandonment," Amin said, adding that he was planning to make a voluntary general offer.

To recap, Amin has been recommending Integrax's shareholders to reject TNB's (fundamental: 1.3; valuation: 1.8) offer from the onset, saying it “did not reflect the true value of Integrax, which is at least RM5 per share”. This was even after TNB revised its takeover offer for Integrax by 50 sen from RM2.75 apiece to RM3.25.

Amin subsequently offered to buy a 5% stake in Integrax for RM3.50. However, Perak Corp's board of directors had decided to reaffirm its stance to seek approval from the company’s shareholders to vote in favour of disposing of its 15.74% stake in Integrax to TNB at the EGM today.

This led to Amin issuing a letter of demand to Perak Corp and its board on March 24.