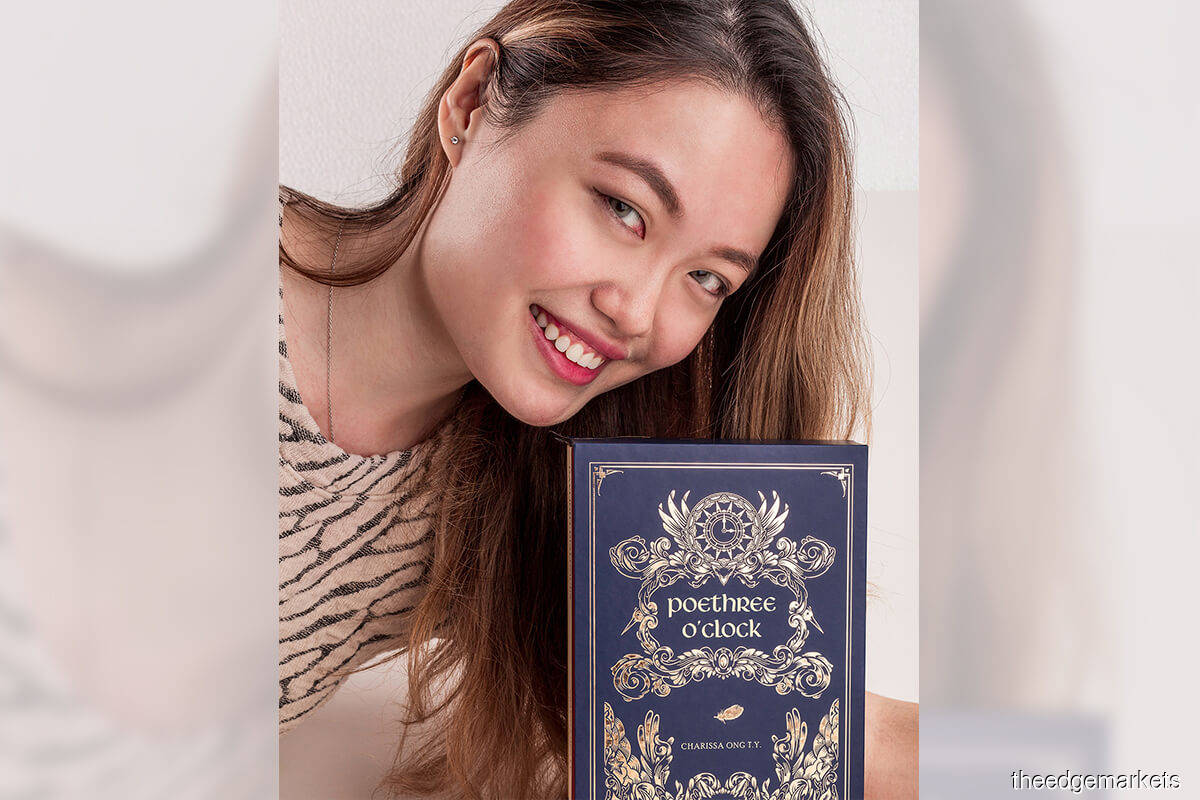 Charissa Ong started her own company, Penwings Publishing, because she wanted to publish a book of poetry but received nothing but rejections.

The 24-year-old had gone through a difficult break-up and started typing her poetry on her father’s old-school typewriter and putting the photos of these typewritten sheets up on Instagram where she gained a lot of traction. Friends and strangers commented on how relatable they found her work and asked when her book was coming out.

Unfortunately, publishers in Malaysia tended to focus on educational books, so they rejected her manuscript outright. But Ong was nothing if not determined. She self-published her first book, Midnight Monologues, and marketed it out to the bookshops. Then she realised she would have to set up her own publishing company as even if the books were sold, the bookshops and other distributors would have nobody to send the cheques to.

“They cannot issue cheques, purchase orders and invoices to individual authors. They need a company to send all this to. That’s kind of why I created my company as well,” she tells Enterprise.

Truth to be told, publishing books was not something she dreamed of doing growing up. In fact, Ong, a reclusive middle child who preferred to journal about her problems rather than confide in a third person, did not even like reading.

She only started reading books when she was 18, submitting to peer pressure because her friends were crazy about the Twilight series by Stephenie Meyer. She got hooked as well and realised the importance of writing books that were simple to understand and relatable to her peers.

However, writing was not how she had intended to spend the rest of her life. Other than journaling to make sense of what was happening to her at any one time, Ong’s real love was in design.

She did her degree in interactive media design and her first job was at an advertising agency. She also worked part-time as a promoter and did other freelance jobs such as website design.

“I never really spent my money on anything, so I managed to save a little,” she says.

This came in handy when she started her own publishing company. Putting in some RM6,000 of her savings, she managed to print 1,000 copies of Midnight Monologues, which sold out in just two months. This book is now in its ninth edition.

She broke even in her first year of operations and has turned a profit every year since then.

The thing about Ong is that not being from the publishing industry and not even a reader until fairly late, she had no preconceived notions of what the publishing industry should be like. She brought a fresh eye to it and knew how to promote her books on social media to get the right kind of traction. For instance, she knew which hashtags to use to get her poems noticed by the right kind of people when she first started displaying them on Instagram.

Also, when the publishers rejected her book, she did not take it to heart. She knew that it was more about the kind of book that it was (poetry versus education) rather than the quality of its content.

In addition, she realised that going through one of the publishers, ostensibly the easy route, would also mean that she would not make any money because they would be taking something like 90% of the profit from the retail price, not to mention controlling what the cover and the contents would look like.

Never having been in the industry before, she looked at what others would consider “standard” and rejected it outright, which was probably why she managed to earn back her initial investment in just a year.

Her day job (she is now a lead product designer at Boost e-wallets) helped. Being in the creative industry, she was able to get hold of the right talent to design her covers or even act as voice talent when she decided to publish an audible version of her first book.

Ong decided that she also wanted to publish books of other authors. She realised that her experience, getting rejected without a fair trial, was probably standard in the industry and not many would go to the lengths she had to see their books in the bookstores.

“The writing scene in Malaysia is kind of bad. I want to publish [books of] people from here and put their books on the international scene. I published Questions To Our Answers by a Singaporean, Timothy Joshua Chia, and More Than Words by Zack Shah from Johor,” she says, adding that she has lined up three more authors whose books will be published in the coming years.

Right now, her books are sold in Malaysia, Singapore and the Philippines. Why the Philippines? “I emailed about 100 publishers there and one actually replied. That’s why.”

Ong emailed publishers in Australia and the US but all of them ignored her. Unfazed, she kept on trying. Already, with just four books in her catalogue, she has managed to sell 25,216 books both through bookstores and online, an impressive feat by any account.

In the meantime, she is launching a box set, Poethree O’Clock,  of her two most popular books ⁠— Midnight Monologues and Daylight Dialogues ⁠— together with a book she wrote to go with them, What Does Your Name Mean, a workbook of sorts, to help the reader get a sense of their identity (rather than the one that has been imposed on them through various stages of their life) and set meaningful goals. Her box set is to be launched on Aug 8.

“In order to prolong my business in print publishing, I tapped into the niche market of classic collectibles. That’s why my books [for the box set] are designed for the classical shelves. Timeless design will still be relevant and valuable for years to come.”

Being in the creative industry, she managed to hire two of her friends to design the covers in the box set, getting someone to illustrate her new book. And by putting out the word on social media, she found voice talent to turn Midnight Monologues into an audiobook.

“Nobody seems to publish audiobooks in Southeast Asia, so it took me about a month of research to figure out how to do it. The actual process was very taxing because the talent wanted to finish it off in one day, which was very unusual. I had to keep figuring out what to pay them as it took longer and longer,” she says.

The audiobook will be launched on Aug 18, 10 days after the launch of her box set.

Having been in this industry for four years, Ong has no illusions about it. But she does think that publishers need to update and refresh their approach, embracing different mediums such as e-books and audiobooks, and different ways of promoting their titles, such as through social media.

“I promote my books mostly online through social media, word of mouth and giveaways. I really depend a lot on word of mouth and encourage my readers to promote it to their friends. I’m very active on social media, such as Instagram and Facebook. And bookstores such as MPH and Popular have their own marketing campaigns to help push my books,” she says.