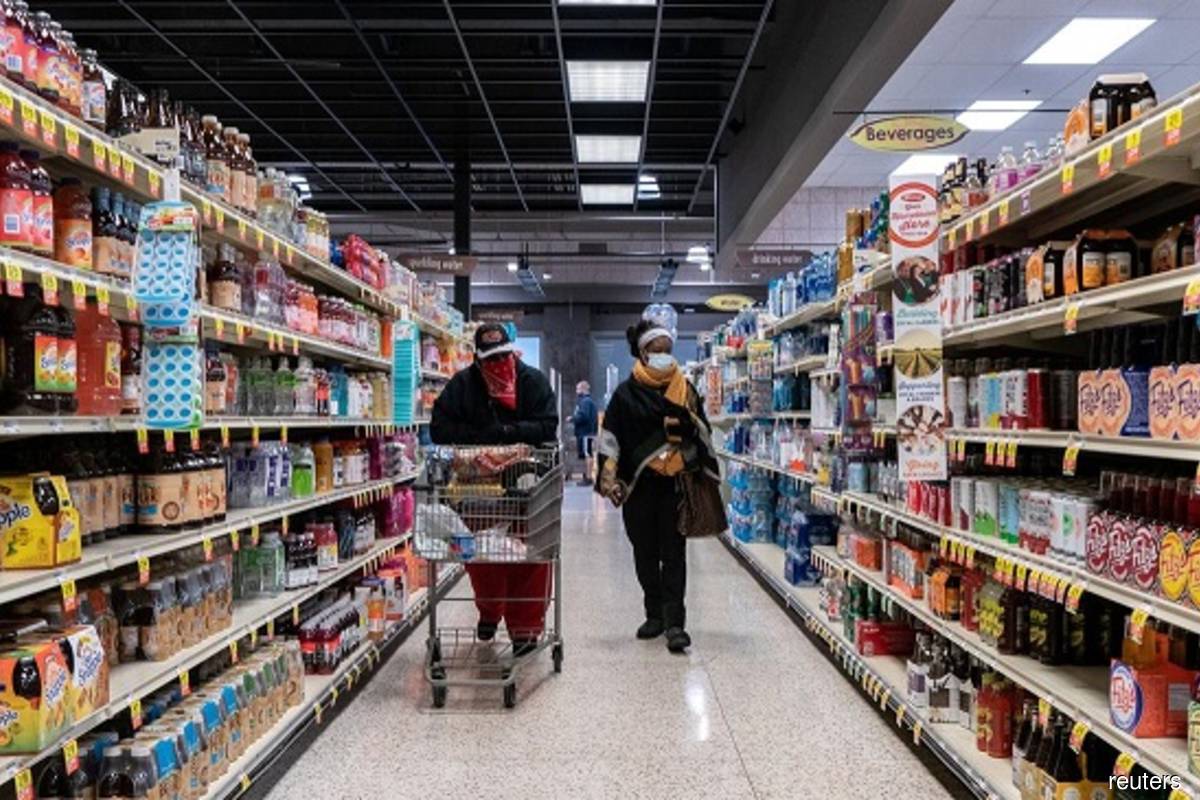 WASHINGTON (May 28): US consumer prices surged in April, with a measure of underlying inflation blowing past the Federal Reserve's 2% target and posting its largest annual gain since 1992, because of pent-up demand and supply constraints as the economy reopens.

The strong inflation readings reported by the Commerce Department on Friday had been widely anticipated as the pandemic's grip eases, thanks to vaccinations, and will have no impact on monetary policy. Fed Chair Jerome Powell has repeatedly stated that higher inflation will be transitory.

The US central bank slashed its benchmark overnight interest rate to near zero last year and is pumping money into the economy through monthly bond purchases. It has signaled it could tolerate higher inflation for some time to offset years in which inflation was lodged below its target, a flexible average.

The supply constraints largely reflect a shift in demand towards goods and away from services during the pandemic. A reversal is underway, with Americans flying to vacation destinations and staying at hotels among other activities. Year-on-year inflation is also accelerating as last spring's weak readings drop from the calculation.

"Many goods are in short supply amid very strong demand and supply chain disruptions, and some services prices are up sharply as consumers start to go out again," said Gus Faucher, chief economist at PNC Financial in Pittsburgh, Pennsylvania. "Shortages of labour in some industries are also contributing to higher prices. But many of these factors will prove transitory, and inflation will slow in the second half of 2021."

Consumer prices as measured by the personal consumption expenditures (PCE) price index, excluding the volatile food and energy components, increased 0.7% last month amid strong gains in both goods and services. That was the biggest rise in the so-called core PCE price index since October 2001 and followed a 0.4% gain in March.

Stocks on Wall Street were trading higher, though gains were capped by the rising price pressures. The dollar rose against a basket of currencies. US Treasury prices were higher.

"Inflation is up, but real yields are still low," said Jamie Cox, managing partner at Harris Financial Group in Richmond, Virginia. "This is basically the transitory sweet spot."

Some economists are not convinced that higher inflation will be temporary.

"Concerns about the future can cause households to become more conservative in their spending," said Joel Naroff, chief economist at Naroff Economics in Holland, Pennsylvania. "The Fed is guessing that the rise in inflation will be temporary, and it better be correct."

Though consumer spending moderated last month as the boost to incomes from stimulus checks faded, households have accumulated at least US$2.3 trillion in excess savings during the pandemic, which should underpin demand. Wages are also rising as companies seek to attract labour to increase production.

Generous unemployment benefits funded by the government, problems with child care and fears of contracting the virus, even with vaccines widely accessible, as well as pandemic-related retirements have left companies scrambling for labour.

That is despite nearly 10 million Americans being officially unemployed. Consumer spending, which accounts for more than two-thirds of US economic activity, rose 0.5% last month. Data for March was revised higher to show spending surging 4.7% instead of 4.2% as previously reported.

The rise in spending was in line with expectations. Spending was held back by a 0.6% drop in outlays on goods. Though purchases of long-lasting goods such as motor vehicles rose 0.5%, spending on nondurable goods tumbled 1.3%. Outlays on services increased 1.1%, led by spending on recreation, hotel accommodation and at restaurants.

When adjusted for inflation, consumer spending slipped 0.1% after jumping 4.1% in March. Despite last month's dip in the so-called real consumer spending, March's solid increase put consumption on a higher growth trajectory in the second quarter.

Personal income plunged 13.1% after surging 20.9% in March. With spending exceeding income, the saving rate dropped to a still-high 14.9% from 27.7% in March. Wages increased 1.0% for a second straight month.

Consumer spending powered ahead at a 11.3% annualised rate in the first quarter, contributing to the economy's 6.4% growth pace. Most economists expect double-digit growth this quarter, which would position the economy to achieve growth of at least 7% this year, which would be the fastest since 1984. The economy contracted 3.5% in 2020, its worst performance in 74 years.

Growth prospects for the second quarter were bolstered by another report from the Commerce Department showing the goods trade deficit narrowed 7.3% to US$85.2 billion in April, with exports rising and imports declining.

But inventory at retailers fell 1.6%, pulled down by a 7.0% plunge in automobile stocks, as the sector struggles with a global semiconductor shortage.