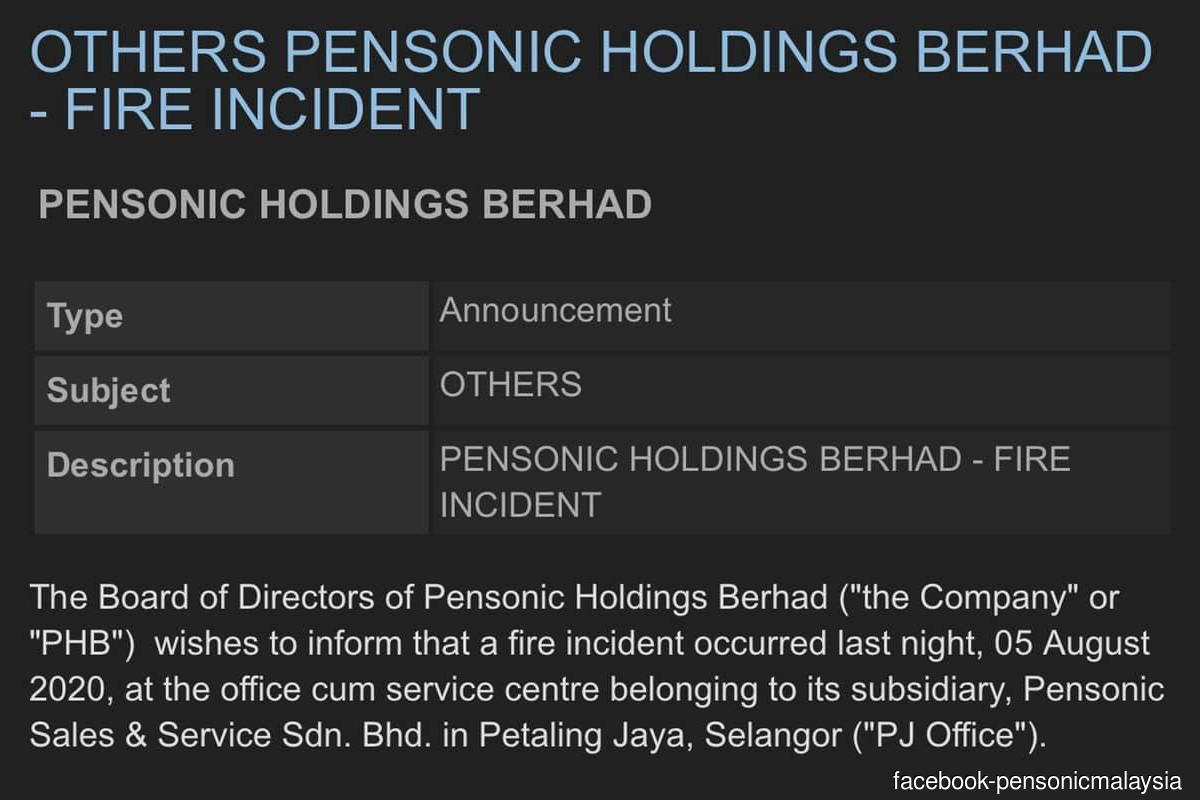 The fire occurred at the latter’s office-cum-service centre in Petaling Jaya (PJ), Selangor last night, the group said in a bourse filing today.

“Sales operations are able to continue as usual but aftersales service will be interrupted for the time being as the service centre and spare parts storage are affected.

“At the time of this announcement, the group is unable to ascertain the cause of the fire or estimate the full impact and consequences of the incident at the PJ office,” it added.

According to the group, the incident did not cause any harm to persons or result in any known uncontrolled emissions.

The company was working closely with the insurance adjuster on the matter, it noted.