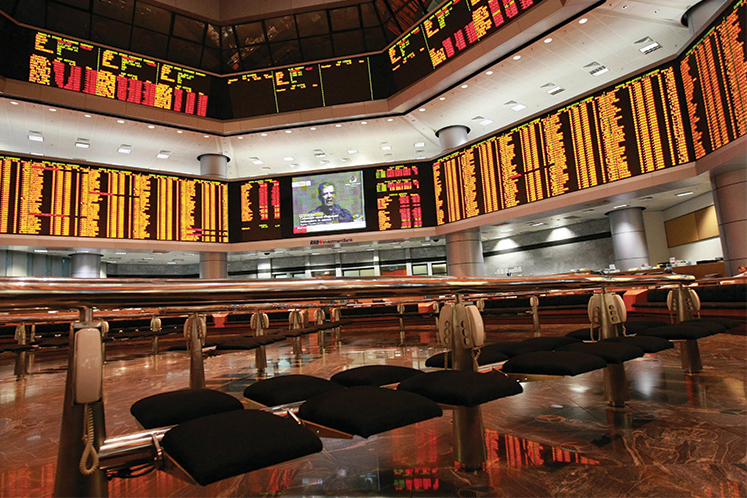 KUALA LUMPUR (July 9):  The local share market marked a new milestone yesterday as trading volume surged to a fresh record high of 11.81 billion shares, driven mostly by a rush for penny stocks. This resulted in a total trading turnover of RM4.36 billion across the local bourse.

Notably, this new record came just less than two months after the previous record high of 11.21 billion shares that was registered on May 18.

The brisk trading seen among penny stocks, which are often prone to speculation, resulted in the top 20 most active counters across Bursa Malaysia yesterday being of the penny variety. And 17 of them were trading at less than 30 sen apiece.

A dozen of these counters are ACE-listed ones, which contributed a total trading volume of 2.92 billion, or almost a quarter of yesterday’s overall trading volume.

Interestingly, one counter alone, namely PDZ Holdings Bhd, saw 1.33 billion shares traded, which is about 11% of the bourse’s total volume. Its warrants, PDZ-WB, also saw some 492.71 million units done. Altogether, the mother stock and its warrants made up 15.4% of the day’s total. And some investors have adopted a high-risk for high-return attitude, Lau said, buoyed by the market rally seen since the March rout.

“I could say that the timing has been good for investors that managed to ride on the rally that started from March’s low point. Most stocks have been on a remarkable uptrend, and investors are feeling good, believing luck is on their side. This gain in confidence has prompted some to try their hands at penny stocks,” Ang said. Malacca Securities Sdn Bhd head of research Loui Low concurred. “I think market participants have earned quite a bit of money from glove and tech stocks. So, without any fresh leads from the market now, they believe the next best option is penny stocks,” Low said.

Investors are also adopting contra plays, as they focus on fast turnarounds. This will likely see the brisk trading seen among low-liner stocks be sustained for a while, according to market observers.

The FBM ACE and FBM Small Cap indices have both far outperformed the FBM KLCI since March.