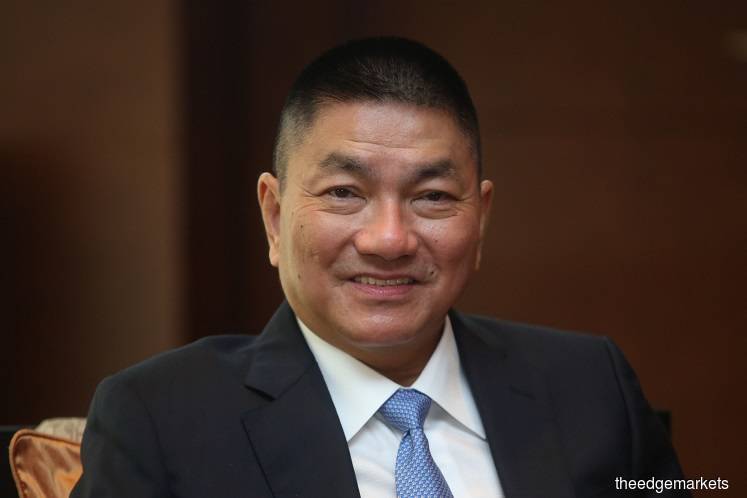 KUALA LUMPUR (June 23): While the major uncertainty facing many equity investors today is the rising trade tension between the US and China, Penang-born value investor Datuk Seri Cheah Cheng Hye believes that the investors should look past the crisis.

"Necessity could make a compelling and logical situation where the US and China will have to become partners, or possibly friends and allies again," he said during the virtual Bloomberg Invest Global conference today.

Cheah, who is dubbed Hong Kong's Goldfinger, pointed out that the US and China collectively make up 42% of the entire global economy.

As China moves towards becoming the world's largest consumer market, the decoupling between the US and China will make it practically impossible to find a solution to the global issues and problems.

"Their relationship is just too important. I would argue that the US and China are complementary powers, they are not competitive powers. It is very different from the Cold War, where both the US and Soviet Union were striving for global domination," he explained.

Economic figures do not show US and China are decoupling

He highlighted that while the world has become fixated on the idea that the US and China are decoupling, the economic figures do not show that.

"If you look at import-export, yes, the US has a significant trade deficit against China. But if you include the likes of Starbucks, Apple and General Motors, all the American companies with business and manufacturing presences in China, and if you look at their total relationships, the deficit suffered by the US is not large," Cheah elaborated.

"Many people don't seem to realise, despite the negative news headlines, today, the trading partner of the US is still China, not Canada or Mexico. The two countries are very much mutually dependent on each other. You can't really take away this bilateral relationship overnight. I am looking forward to a situation where they will get back together again," he added.

Cheah stressed that China is not seeking to export its ideology to the rest of the world, as the country had said many times that it would be quite happy to let the US assume global leadership.

"On this basis, I would expect the future direction of the US and China relationship will be moving towards cooperation out of necessity," he reiterated.

"Politicians do politics, but businessmen follow the money. [The] majority of American businesses in Mainland China would like to stay on. They are not thinking of leaving, because there is an improvement in China's business environment," he added.

While the Sino-US tension has been a major overhang factor, Cheah acknowledged that he is also looking at how the world recovers from the Covid-19 pandemic.

"In the case of China, the news has been more positive than I had expected. In early April, I thought China could only look forward to a U-shape recovery. But now, it shows that I was too pessimistic, as China is heading towards a V-shape recovery,” he said.

Meanwhile, Cheah warned that the current stock market in the US is in a high-risk territory, as its stock valuation is extremely high by any standard, which is a big mismatch against its poor economic performance.

"You don't need to be a genius to figure that out actually. The price-earnings ratio of S&P 500 is about 23 to 24 times. But the US economy is doing very badly, its GDP (gross domestic product) is likely to be down by 6%-6.5% this year," he said.

At some point, said Cheah, the financial engineering or bubble economy of the US, whose problems are pushed to the future in order to embark on a fiscal monetary stimulus, "will result in tears", and that made him pessimistic about the US stocks.

"The bubble economy of the US has been there before the Covid-19. The US emphasises [on] financial engineering. It is a consumption culture, based on creating paper money and paper wealth," he said.

In contrast, China has been achieving a rather convincing V-shape recovery, without resorting to high-risk and extreme fiscal monetary stimulus, he explained.

"Value investors should be looking at China-related stocks and bonds, while they should be cautious about US equities. Don’t get me wrong, this is not a political statement, it is just a statement of factual observation," he advised.

Cheah went on to say that the US and China are converging in many ways.

Amid the Covid-19 pandemic, the US is moving towards state capitalism, where the US Federal Reserve, the federal government, and the state governments are increasingly intervening to stimulate the economy, whereas China has been moving towards market opening, deregulation and providing more space for the free market.

"It seems like the two countries have become more alike, not more unalike. At the end of the day, I think they really need one another. I think the natural relationship between the US and China has to be complementary, not competitive, it doesn't need to be," Cheah concluded.