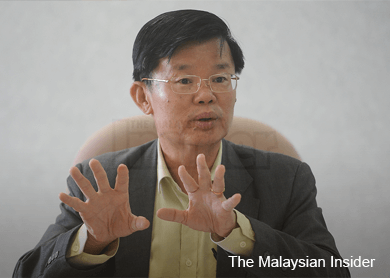 Exco member in charge of local government Chow Kon Yeow confirmed yesterday that both men — Yacoob Omar who was with the MBPP and Omar Hassan who was with the MPSP — had been sent notices informing them of the terminations on Wednesday.

“Both were appointed councillors this year on the PAS ticket,” Chow said in a brief statement, adding that the terminations are in accordance with Subsection 10(4) of the Local Government Act 1976.

Yacoob was sworn in in January this year, and appointed to the MBPP’s planning development and public health standing committees.

Omar was first appointed a councillor last year. He was reappointed this year, and was serving as PAS’ whip at the MPSP.

He was a member of the administration and finance, traffic and infrastructure standing committees.

The duo did not resign from their positions, unlike their colleagues Mohd Nasir Yahya and Dahalan Fazil, who quit earlier this week after their party adopted a motion to cut ties with DAP at its annual muktamar (general assembly) two weeks ago.

Earlier yesterday, Guan Eng said the state was more concerned about the councillor positions because the councillors would need to interact with the Penang chief minister and local government exco member, both DAP leaders, in the course of their duties. — The Malaysian Insider