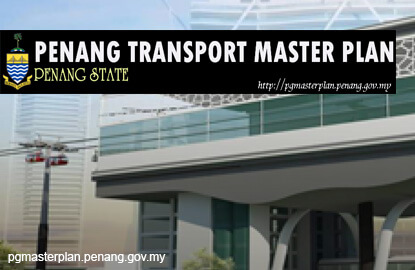 GEORGE TOWN (July 13): An alternative plan to address traffic problems in the state with the introduction of trams and bus rapid transits (BRTs) at a third of the cost of the RM27 billion Penang Transport Master Plan (PTMP) has been proposed by Penang Forum, a public-interest civil society coalition.

Penang Forum representative Lim Mah Hui said the 'better, cheaper, faster PTMP' features tram systems that would amount to RM1.6 billion for a single route between Komtar and Bayan Lepas compared to the construction cost of RM4.4 billion for the light rail transit (LRT) for the same route.

Lim also said the annual operating and maintenance cost for the tram would be RM67 million, compared with RM170 million for the LRT.

"The carrying capacity for the tram (passengers per hour per direction) would be between 7,000 and 20,000 riders, while the LRT would carry 18,500 persons.

Accordingly, the tram would see a projected surplus of RM20.5 million and the LRT would face a deficit of RM82.5 million, if the ridership is at 25 million per year," he told a press conference.

Lim said the coalition engaged consultants and researchers to carry out a study on the alternative PTMP that would hive off the cost of constructing LRTs and Pan Island Link highways which has allegedly ballooned to RM40 billion.

The study, which rode on an elaborate 2011 PTMP report produced by Halcrow Consultants Sdn Bhd, bore a 50-page thesis on the alternative transport system based on the idea of being 'better, cheaper and faster' and a website that has begun an online petition for Penangites to support its findings and urge the state to consider its option.

The PTMP was tasked to Gamuda Bhd-led SRS Consortium, the project delivery partner, upon being appointed by the state government last year, following a request for proposal conducted by the state.

The consortium is made up of Gamuda (60% stake), and Penang-based Ideal Property Development Sdn Bhd (20%) and Loh Phoy Yen Holdings Sdn Bhd (20%).

"We are deeply alarmed by the apparent lack of clarity and transparency regarding the financial viability and immense financial risk that come with the projects under the SRS masterplan which comprises a mixture of LRT, monorail, tram and new highways.

"The LRT system is not only more expensive to build but costs two to three times more to operate and maintain compared to trams. We are in the dark on whether SRS' proposal provides any detailed financial projections and options of different alternative modes of public transport — LRT, monorail, tram and BRT, to choose from," he said.

The PTMP will be funded via land swap deal involving the reclamation of about 1,821ha of land, off the southwestern coast on the island.

Lim said in Kuala Lumpur, ridership on the LRTs and monorails experienced shortfall while the companies operating them allegedly ran into financial difficulties and could not service debts.

"Penang could face bankruptcy, if it finds difficulty maintaining and operating the system. Penang's budgeted revenue in 2016 is RM700 million. Assuming the revenue doubles by 2023, a RM126 million deficit on one LRT line would account for 10% of the state budget. What about the financial cost of all the other LRT, monorail, tram, BRT and highways?

"What if the state is unable to finance the deficit and no financial help from the federal government is forthcoming? Will the projects be stopped? Who will bail out these projects? Is the state able to afford such deficits? Will they impair the financial liability of the state?" he said.