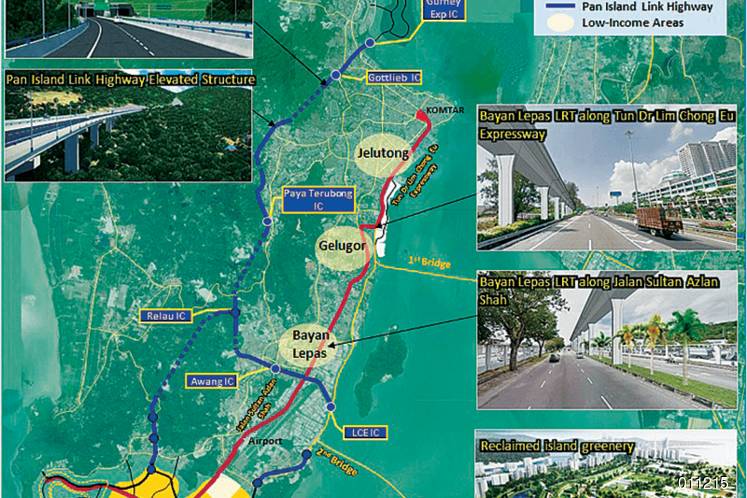 In a statement today, Transport Minister Anthony Loke said the conditional approval was granted on July 16 following a detailed study of the application submitted by the Penang Economic Planning Unit for the project to be developed.

With this conditional approval, the project applicant then has to deposit documents related to the project to the Land Public Transport Agency for public inspection and feedback for three months.

"On completing the evaluation of the feedback received during the public inspection session, another application for final approval of the railway scheme has to be submitted to the Minister of Transport," Anthony Loke said.

With 27 stations, the alignment will pass through Jelutong, Gelugor, Bayan Lepas and the Penang International Airport before ending at the proposed Penang South Reclamation (PSR) development.

In an immediate response, the State Government lauded the Federal Government’s conditional approval for the LRT line.

“We welcome the statement by Transport Minister Anthony Loke today relating to the granting of conditional approval for the LRT Bayan Lepas Pulau Pinang project under Sections 83 and 84 of the Land Transportation Act 2010 (Act 715).

“The State Government will wait for a formal letter from the Transport Ministry before any further action is taken,” said Pulau Pinang Chief Minister Chow Kon Yeow in a separate statement.