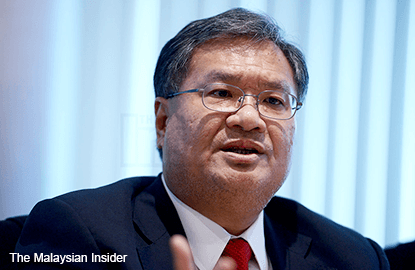 APDL for over 50 projects in the state that have been stalled for more than a year.

"We are experience people. We know we must comply ... but is the minister aware that his reason for holding back the APDLs no longer holds?" he said, alluding that the ministry was unhappy about the Penang government not approving applications by federal-linked agencies JKP Sdn Bhd and the Penang Regional Development Authority (Perda).

He said Penang Rehda had learned from state housing exco Jagdeep Singh Deo that the state planning committee (SPC) had already cleared many applications for projects under the two federal agencies.

"If the issue has been resolved, the minister's reason for releasing the APDL permits no longer holds.

"We are not part of their disagreements. We don't take sides. We want to see development," he said today during a media briefing on the industry in opposition-controlled Penang.

Chan said the delay in getting APDL permits had stalled over 50 projects, including affordable housing projects. Some developers, he said, had submitted their applications in August last year.

He said developers were facing a ministry that "does not want to help the businesses and activities that comes under it".

Without the permits, he added, none of the affected projects could take off, and that has an impact on many other businesses, such as contractors, building material suppliers, real estate agencies, banks, and even the media that get no advertisements from the affected developers.

"It does not help the economy. It is a loss for everybody. We appeal to the minister to approve the permits and we ask the state to resolve this with the ministry," he said.

In August, Bernama reported Rahman urging the DAP-led Penang government to expedite approval for the construction of some 10,000 low- and medium-cost houses, as well as affordable houses, which he claimed was deliberately delayed by the state government for political reasons. It was understood that he was referring to JKP and Perda projects.

In Budget 2016, Chan said Penang Rehda was disappointed with several matters, such as its unheeded calls for the Developer Interest Bearing Scheme (DIBS) to be implemented to help first-time house buyers own homes. The scheme was abolished under Budget 2014 to curb speculation in the property market.

He also said that there were little measures to lift the soft property market since cooling measures were introduced under Budget 2014, as well as a lack of incentives to private developers to build affordable housing. – The Malaysian Insider