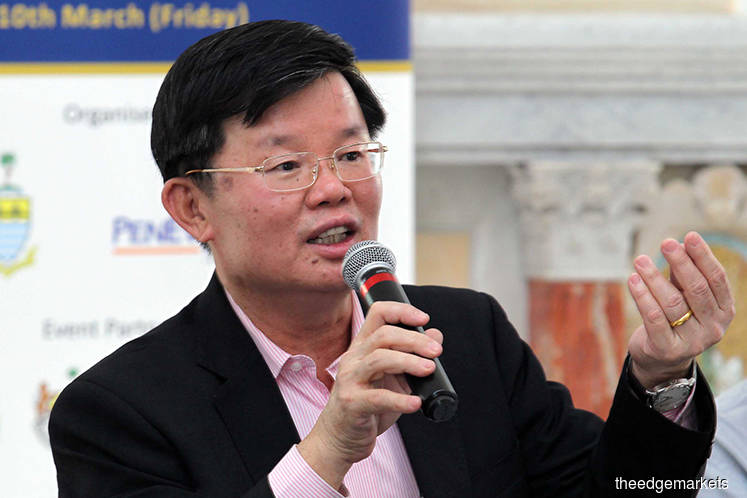 Chow said the assertion that "PIL 1 is the most expensive highway to be built in history" is invalid and made with ill intention.

"The cost that has been officially announced is RM7.5 billion. PIL 1 cannot be compared to other highways as each highway is dissimilar in many ways.

"It is for this reason that the per km cost of construction cannot be worked out on simple arithmetic as each highway has its own unique features which are needed to cater for the local conditions," he explained in a statement today.

Chow added that other considerations in calculating the cost are the unique engineering approach incorporated in this proposed highway due to site conditions, technical requirements, and minimizing social and environmental impact.

"We would also like to assert that PIL 1 work packages will be awarded via open tender for full transparency and equity.

"The funding is designed in such a way that no tax payers' money will be utilised to fund the project, rather it will be fully funded through Penang South Reclamation (PSR), which is owned by the Penang State Government and not by any developer or contractor.

"The Penang State Government wishes to clarify that there is no cost escalation for the PIL 1 project, as alleged in the Facebook post," he said.

Chow was refuting recent claims by former Prime Minister Datuk Seri Najib Razak, who in a Facebook post last week called for Putrajaya to scrap the project in Penang as it could save the government some RM9 billion, which would be more than enough to settle Felda's RM8 billion debt.

The PIL1 highway is also expected to improve accessibility to various areas along the north-south corridor of Penang Island, significantly shortening north-south travel time to only 15 minutes from Gurney Drive to the airport, favourably compared with the current 45 minutes required under normal traffic conditions on the LCE.