Pelosi tells Democrats next stimulus will be $1 trillion or more 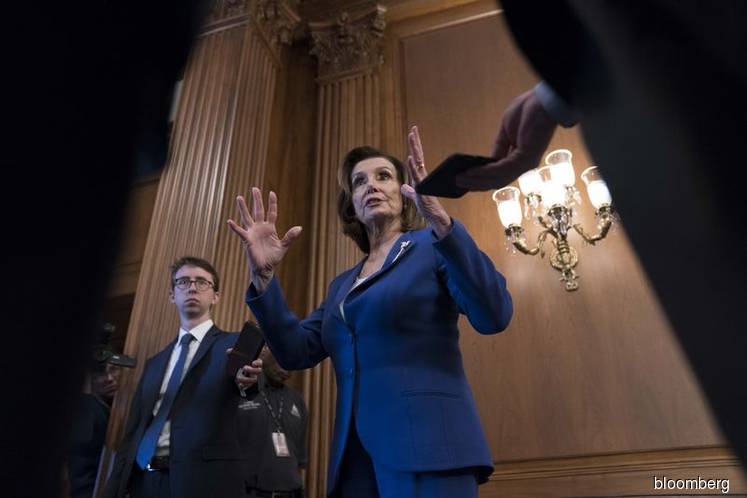 (April 7): Congress‘s next stimulus bill to prop up the U.S. economy during the coronavirus crisis will be at least another $1 trillion, House Speaker Nancy Pelosi told Democrats on a private conference call.

The next stimulus package would be focused on replenishing funds for programs established in Congress’s $2.2 trillion virus relief bill signed into law last month, according to people on the call. Pelosi said there should be additional direct payments to individuals, extended unemployment insurance, more resources for food stamps and more funds for the Payroll Protection Plan that provides loans to small businesses, lawmakers on the call said.

Pelosi also said the bill should assist state and local governments, with an emphasis on smaller municipalities with fewer than 500,000 residents, one lawmaker said.

Pelosi has said she wants the next stimulus bill to be passed this month. The House isn’t scheduled to be back in session until April 20 at the earliest. It is possible to pass legislation with most members out of town, as long as no one objects.

Several lawmakers predicted the final price tag would be much larger.

Former Federal Reserve Chair Janet Yellen also participated in the call and told House Democrats that banks are worried about being held accountable for fraud in a program aiming to get money out the door quickly. She said Congress should provide safe harbor protections to make sure banks aren’t held responsible for abuses that aren’t their fault, according to one of the people on the call.

Yellen also repeated her earlier predictions about the gravity of the economic crisis as much of the country avoids travel and entertainment to contain the virus. She said the unemployment rate is probably at least 13% already, adding that how long and deep the recession is will depend on the public health response.

In response to a question from Nevada Democrat Steven Horsford about the best way for states to respond, Yellen said there will be tremendous need for additional funds to support local governments, according to people on the call. She suggested that the Federal Housing Finance Agency could get involved to help head off a foreclosure crisis, the people said.