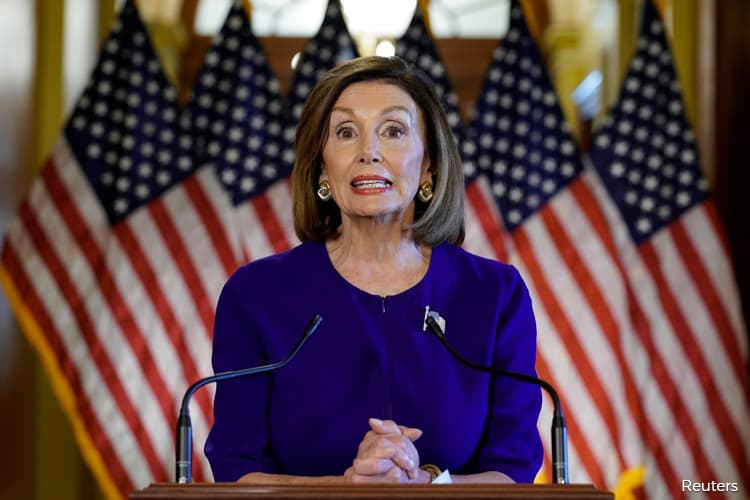 She said that during the last election Facebook made no attempts to look at Russia’s use of the platform to spread disinformation and doesn’t view it as their obligation to try to stop it in the future.

“They intend to be accomplices with misleading the American people,” Pelosi told reporters Thursday in response to a question about whether Chief Executive Officer Mark Zuckerberg and other tech executive have too much power. “I think their behavior is shameful.”

Companies including Facebook, Twitter Inc. and Alphabet Inc.’s Google have been under pressure to take action to prevent the spread of false and misleading information on their sites. Facebook’s new policy to address “deepfake” videos has come under fire from some lawmakers and disinformation experts who say it fails to address other kinds of online manipulation.

The California Democrat was asked about the social media company, given its proximity to her San Francisco district.

“All they want are their tax cuts and no antitrust action against them, and they schmooze this administration in that regard,” Pelosi said. “They have been very irresponsible.”

The company is facing antitrust probes by the U.S. Federal Trade Commission and Justice Department, as well as a majority of state attorneys general led by New York’s Letitia James.

Facebook declined to comment on Pelosi’s remarks. The company has been working to better detect instances of foreign governments trying to manipulate U.S. users, and in recent years has taken down several campaigns similar to Russia’s effort during the 2016 presidential campaign.

But Facebook has stopped short of fact-checking politicians, saying last week that it would allow candidates to continue to lie in their ads. Facebook executives have said the company shouldn’t determine truth or falsity in political speech. Instead, Facebook is putting political ads in a public archive, where voters can see who paid for which messages.