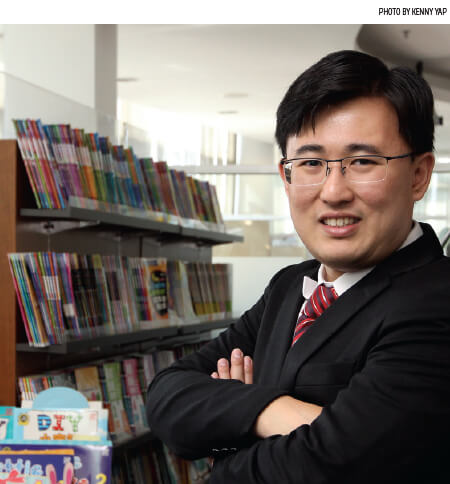 KUALA LUMPUR: Pelangi Publishing Group Bhd says it will be affected by the education ministry’s decision to use imported English textbooks in schools from next year instead of locally produced ones.

Sum Lih Kang (pic), the group’s deputy managing director and executive director, said the change in the ministry’s policy will be a loss of opportunity for the group as it would now not be able to participate in future tenders to supply language textbooks.

The new policy, however, doesn’t affect the group’s existing Form 1 English textbook contract that it secured with the ministry at end-2016. The contract worth RM3 million was concluded in December and will run for three years.

On Oct 5, the education ministry announced that it would be using imported English textbooks in schools from next year onwards as part of the ministry’s move to implement the new Common European Framework of Reference for Languages-aligned curriculum.

Sum said the policy change’s impact on Pelangi would be mild given that the group is not wholly reliant on contracts with the ministry. It also has revenue coming in from the existing sales of products in the open market.

“In terms of [the] impact on Pelangi, it would be a loss of opportunity that we would not be able to go into English textbooks, but in terms of open market sales, we are still not so much affected,” Sum told The Edge Financial Daily.

The group’s main revenue driver is its publishing segment in Malaysia, with a 74% contribution, while its printing business contributes 11% and other segments 3%. Publishing revenue from its overseas markets, such as Thailand, Indonesia and Singapore, contribute 12% to the group’s overall revenue.

Moving forward, Sum said Pelangi has heeded the trend of digital publishing and will now put more focus on creating both e-books and digital learning tools.

Sum is confident that this will help contribute positively to the group’s bottom line.

Sum said volatility in prices of paper over the last 18 months had also adversely affected the group’s margins.

He expects revenue to pick up by the end of the fourth financial quarter as students prepare for the new school year.

“Digital is ever-changing, so keeping up with it is something we have to constantly work on, which is why we stress on collaboration. We never know what the next big thing will be, so we work with our technology partners with that,” said Sum.

The group has various collaborative partnerships with technology players, one of which is Frog Asia Sdn Bhd, which provides the online learning platform to students. Sum said that by contributing content to the platform, the group’s brand awareness increases, which would in turn help increase sales.

Sum added that the higher education segment is also one that the group intends to venture more into over the next few years, especially for production of technical and vocational curriculums.