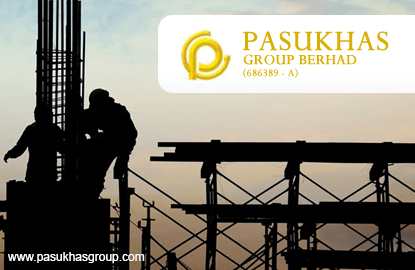 THE new major shareholders of Pasukhas Group Bhd are expected to inject a new business — the trading and supply of high-voltage transformers — into the company, say sources.

This could happen as early as next month, the sources add. Pasukhas could supply six to eight units of high-voltage transformers a year, which would translate into revenue of US$30 million to US$50 million.

That would be a large sum for the company, which has a market capitalisation of just RM60.5 million.

The target clientele includes Tenaga Nasional Bhd and other utility groups in the region.

According to industry sources, the trading of high-voltage transformers is a lucrative business. On top of that, Pasukhas  could earn recurring income from maintenance fees.

It is learnt that the high-voltage transfomers will be made by China’s Tebian Electric Apparatus Stock Co Ltd (TBEA), one of the country’s major manufacturers of such equipment. Shanghai-listed TBEA has a market capitalisation of more than RMB40 billion (RM27 billion).

“Pasukhas doesn’t need to invest a big sum because this is basically a trading business,” says the source. 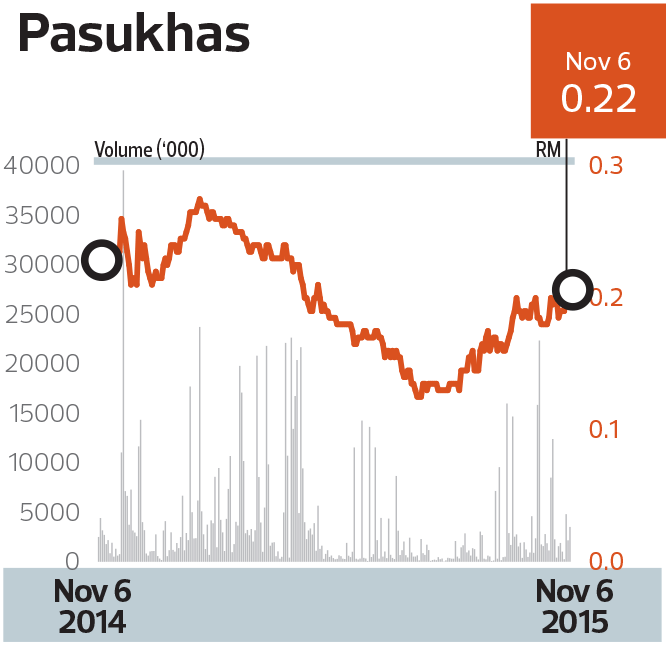 The company is in a net cash position with cash of RM15.3 million as at June 30 and short-term borrowings of RM8.6 million.

The new major shareholders appear to have the relevant experience and expertise in the power industry.

The injection of a new business would give Pasukhas a new lease of life. However,, when contacted, the company declined to reveal its plans going forward.

Since last year, TNB has been upgrading its transmission and distribution networks as part of an RM8.48 billion plan that will run till 2017. One of the bigger packages in the plan is the 500kV line linking Kedah to  the Klang Valley. The upgrading works will increase the total length of TNB’s transmission and distribution lines by about 5% to 22,281km while its number of substations will increase by about 60 to 464. This would imply an increased demand for high-voltage transformers.

Tara Temasek Sdn Bhd, a private company jointly owned by Wan Thean Hoe and Chan Man Chung, had on Oct 19 emerged as a substantial shareholder in Pasukhas with an 18.98% direct stake.

They have been divesting their stakes since August and subsequently ceased to be substantial shareholders in mid-October. However, talk is that the existing management is expected to stay.

Pasukhas (fundamental: 0.95; valuation: 0.30) specialises in mechanical and electrical engineering solutions and provides services to water treatment and sewerage, oil palm and the oil and gas industries.

Marketed under the brand name Tusco Trafo, the products are sold locally, as well as in overseas markets including Germany, the UK, Ghana, Sudan, South Africa, Laos, Myanmar and Dubai.

Pasukhas reported a net profit of RM688,000 in the first half ended June 30 compared with a net loss of RM1.96 million a year ago. The group’s revenue grew 47% to RM28.08 million, up from RM19.06 million a year earlier, owing to a pick-up in civil engineering and construction activities.

For the financial year ended Dec 31, 2014 (FY2014), despite higher revenue, Pasukhas slipped into the red and registered a net loss of RM3.96 million, compared with a net profit of RM1.29 million the year before. The weaker performance was attributed to lower margins from ongoing projects and higher administrative expenses.