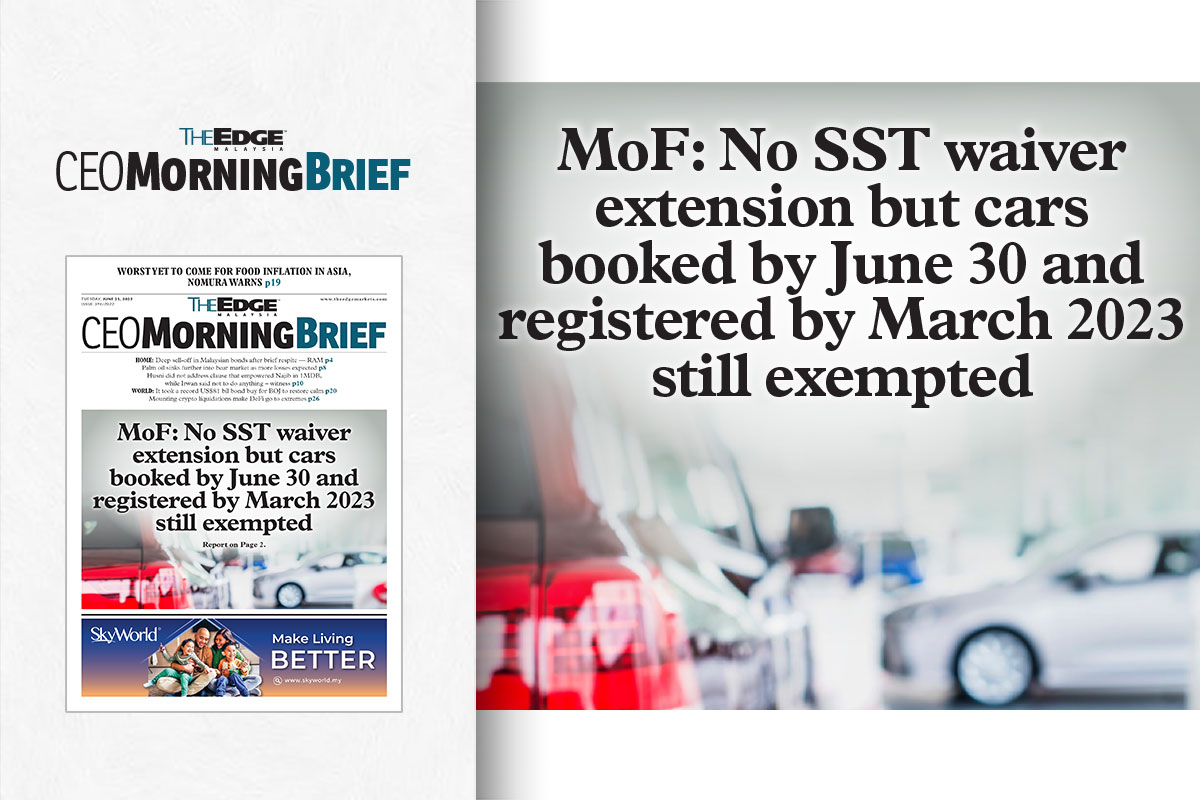 Finance Minister Tengku Datuk Seri Zafrul Tengku Abdul Aziz, however, said buyers who make reservations for vehicles until the aforementioned date (June 30) will continue to enjoy the sales tax exemption incentives after the registration period of the vehicles at the Road Transport Department (JPJ) that has now been extended until March 31, 2023.

In a statement on Monday, Tengku Zafrul explained that a total of 264,000 vehicles booked during the exemption period have not yet completed installation and cannot be supplied to the buyers in the wake of disruptions to the global supply chain.

According to Tengku Zafrul, in line with the opening of the economy, the automotive sector has returned to operations but at the same time, the whole world is also facing a shortage of semiconductor microchips which are widely used across several industries, including the automotive industry.

"The extension of the vehicle registration period is a midpoint solution to balance the interests of consumers and national tax revenue which needs to be re-enhanced post-pandemic to ensure the welfare of the people and the economic well-being of the country continue to be preserved," he said.

This was to maintain and increase the momentum of demand and sales of passenger vehicles affected by the Covid-19 pandemic.

To date, a total of 868,422 vehicles have been sold and citizens have benefited from the sales tax exemption amounting to RM4.7 billion, said the finance minister.

Prior to the announcement, Tengku Zafrul said last Thursday that the government — which was studying whether there is a need to extend the exemption for the tax it granted for the purchase of new vehicles — has lost RM4.8 billion worth of tax collection to date from the waiver.

He said the tax loss was considered "big" and was money that the government could have used to help the rakyat in the current challenging economic situation.

The exemption, first granted for six months in June 2020 to mitigate the effects of the first movement control order, had been extended twice to June 30, 2021 and then Dec 31, 2021.

Automotive players previously appealed to the government to again extend the exemption.