Partnerships: Of Russians and nanotechnology 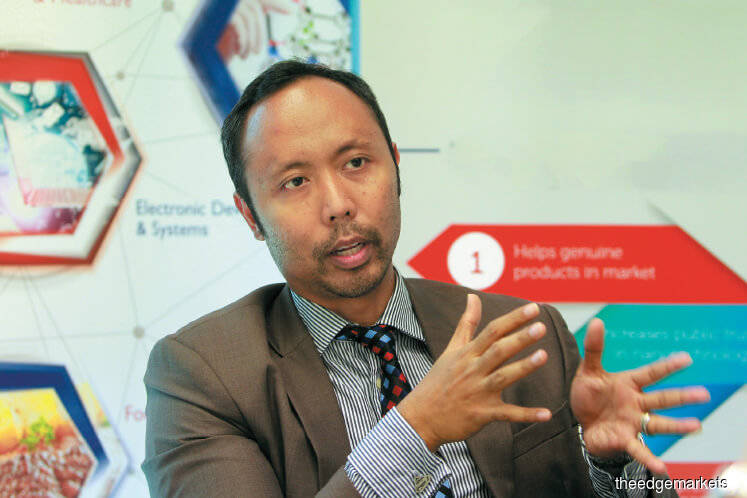 We can help these SMEs in a more comprehensive manner rather than just throwing money at them and coming back three years later, hoping that our shares have appreciated > Rezal. (Photo by Shahrin Yahya/The Edge)

Local companies involved in nanotech­nology now have an avenue to license their technologies to Russian companies via a partnership agreement between NanoMalaysia Bhd and its counterpart in that country, Rusnano Corp, which will be signed in the second quarter of this year. Under the agreement, Malaysian companies may also get access to nanotechnologies developed in Russia.

NanoMalaysia CEO Dr Rezal Khairi Ahmad says the partnership will involve an investment fund co-managed by the two parties. Like venture capital funds, it will invest in early-stage companies.

“Let’s say a Malaysian SME comes up with a game-changing battery for electric vehicles using nanotechnology. We will facilitate the technology transfer to a local company, say, Proton. This will help the SME develop its technology and sell its products. The SME and the local company will jointly own the technology, which they can then license to contract manufacturers,” says Rezal.

How does Russia figure into all this? He says the technology can then be carbon copied by a Russian company, which will pay for the technology using equity. “This way, their intellectual property (IP) will not just sit in a drawer collecting cobwebs.”

The same applies to Malaysian companies that want to access Russian nanotechnologies. In Russia, nanotechnology developments are mainly in commodity-based sectors — such as raw materials, ­production, construction and oil and gas — and coating technologies.

Under this partnership, the focus will be on playing up Malaysia’s interests, which are technologies used in the digital economy such as nanotechnology-based sensors and communication devices. “The beauty of nanotechnology is that it is across all sectors. There is nanotechnology in agriculture, furniture, rubber and palm oil, so our investment opportunities and potential investee companies are not limited to certain sectors or industries,” says Rezal.

He says discussions between NanoMalaysia and Rusnano Corp started in 2012 when a memorandum of understanding was signed. “We were looking for the best way to create a partnership because we share the same aspirations and are backed by our federal governments. At first, we thought of a joint research and development (R&D) programme.

“However, over the years, NanoMalaysia and Rusnano Corp’s approaches evolved into providing early-stage venture capital rather than doing the R&D themselves. Russia even set up a subsidiary called Rusnano Capital, which has been given the mandate to focus on international investment in nanotechnology by its government. That was when I saw the golden opportunity to tie up with the subsidiary.”

When NanoMalaysia learnt of Rusnano Capital’s mandate, it proposed the creation of a co-investment programme that would benefit both parties. The discussion spanned several years, resulting in the creation of a fund that invests in Malaysian nanotechnology firms.

“That was the idea initially. Then, we thought — why stop at Malaysia? Let’s do an Asian nanotechnology fund instead. This will be beneficial for Malaysia, especially in terms of adding to the country’s foreign direct investment because we have the flexibility of raising funds in US dollars outside Malaysian shores,” says Rezal.

According to the partnership agreement, Rusnano Capital will commit US$1 for every dollar raised in Malaysia, with a target fund size of US$300 million. NanoMalaysia will raise the money from local and foreign institutional investors such as Khazanah Nasional Bhd, Permodalan Nasional Bhd, Lembaga Tabung Haji and Japan’s SoftBank.

Rezal says an announcement about the setting up of the fund will be made at the end of the first quarter. Subsequently, NanoMalaysia will actively raise capital and work on operationalising the fund. The fund’s structure will be similar to most funds in the market and will be managed by Rusnano Capital and NanoMalaysia.

“The potential institutional investors that we have already approached are very keen because of the fund’s short internal rate of return (IRR), which is three years. The investment ticket is also quite small at US$500,000, which is virtually nothing to these players,” says Rezal.

Although the fund’s IRR is three years, its lifespan will be about 10 to 12 years. So, there is a possibility that the fund may be replenished with fresh rounds of funding after a certain number of years, says Rezal. “This is possible as the fund is privately driven. It is not something dependent on policy changes or political upheaval. So, it can be sustained for the longest time.”

For local small and medium-sized enterprises involved in nanotechnology, the fund will act as an alternative avenue of funding, compared with the conventional investment facilitation by the government, says Rezal. “We understand nanotechnology companies. So, when it comes to investments, we don’t stop at giving them business advice.

“We also tell them how to make their products better and help them establish smart partnerships with other companies. We can help these SMEs in a more comprehensive manner rather than just throwing money at them and coming back three years later, hoping that our shares have appreciated. We do a lot more.”

Malaysian SMEs are always wary of new entrants in the market, which begs the question — will the partnership lead to an influx of Russian companies into Malaysia? Rezal does not think so.

“We will, however, help them should they ask for it and vice versa for Malaysian companies that want to enter the Russian market. That is part of the bargain. We need to ensure that some symmetry is established.”

Over the past two years, NanoMalaysia has provided funding support for 52 companies. Rezal is hopeful that the fund will push local SMEs to eliminate their current operational model of working in silos.

“Local SMEs are still not fond of the idea of partnering another entity, but I hope this will change. Smart partnerships are the future of technology companies. They will make the commercialisation process faster, more efficient and cost-effective,” he says.

“If they insist on keeping everything to themselves, they may lose everything when they get rejected before commercialisation. They have to think of it this way — 10% of a successful venture is better than nothing at all.”