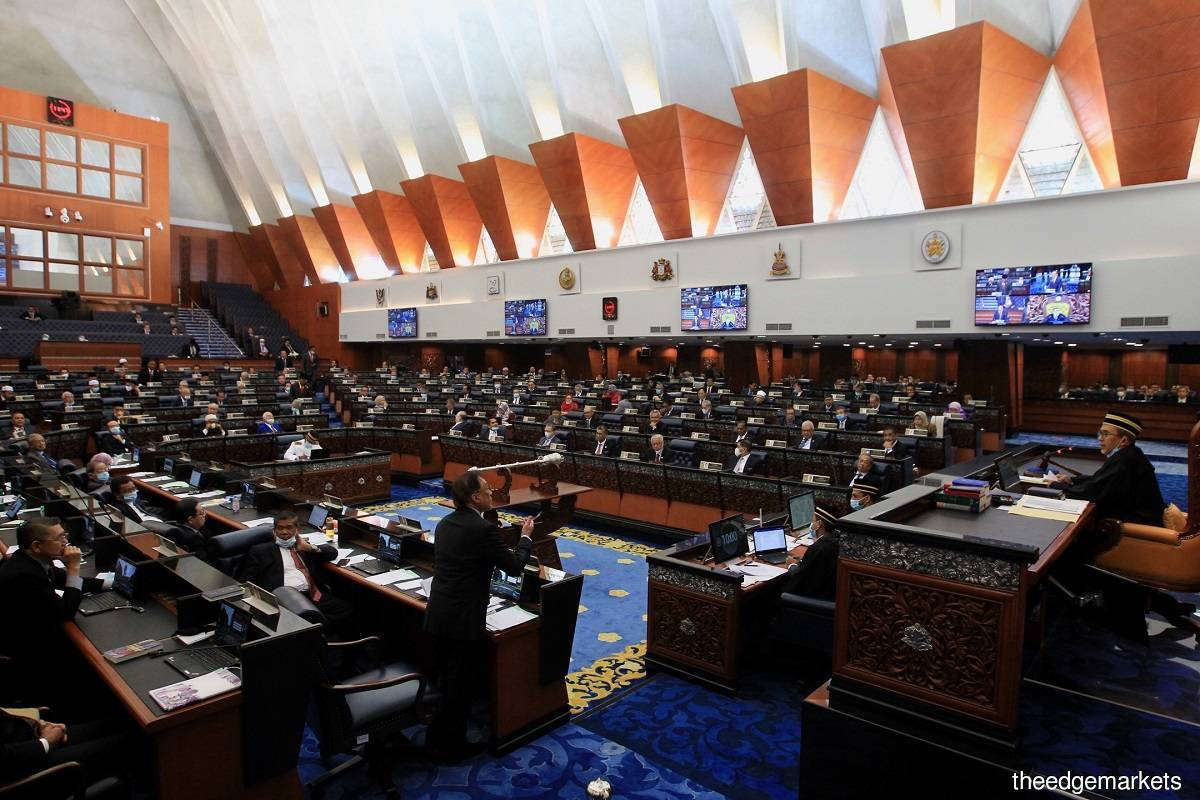 THE passage of the Anti-Party-Hopping Bill is to be welcomed. Democratic citizenry finds it unacceptable that elected Members of Parliament, who won on a party platform, could switch their allegiance and defect to another party, and yet suffer no consequence nor have to have their seats vacated, enjoying the privileges [that come with] being an MP.

This "Anti-Defection Act" provides for additional constitutional grounds for disqualification of membership of Parliament by introducing a new article - Article 49A. For the first time, the Federal Constitution gives express recognition that a member is elected as a member of a political party. Hitherto, Constitutions avoid reference to party political affiliation, striving to be neutral, reflecting norms for proper constitutional governance, and relying on political actors respecting conventions. Convention gives flesh to the bare bones of the constitutional text. Since the existing Article 49 was silent on party defections, and the bane of party crossing has caused damage to the legitimacy and respect of the electorate in the august Legislative Assembly, it is right that the steps taken so far by the Minister of Law in his Herculean effort to draw up this Bill is to be lauded.

Article 49A rightly addresses that a member of a political party who was elected to Parliament "shall cease to be a member of the [House of Representatives]" and that member's seat "shall become vacant immediately" if such a member resigns his or her party membership or ceases to be a member. The language is mandatory and not merely directory. Article 49A(2) provides exceptions to such a member being disqualified, i.e. unless his or her cessation as member is a result of dissolution or cancellation of the registration of the political party, or if the MP was expelled by his or her party. The exceptions are also very apt and fair as MPs' membership at Parliament ought not be impaired by unilateral actions not due to their defection.

Article 49A(4) is significant as it addresses the process upon which it is to be determined that a disqualifying event has occurred. It provides that whenever the Speaker receives a written notice from any member of the House of Representatives on the occurrence of a casual vacancy under Article 49A, the "Speaker shall establish that there is such a casual vacancy and notify the Election Commission accordingly within 21 days from the date the Speaker received the written notice". Article 49A(4) then mandates that a by-election under Article 54 shall be held, and the casual vacancy shall be filled within 60 days from the date the Election Commission receives the notification. This again is to be welcomed so that the democratic mandate by the electorate may be restored for that constituency.

A further matter of interest is the definition of "political party" under this Bill is enlarged to include "a coalition of such societies which has been registered under any federal law". This is significant, as it breaks the precedence of the Constitution being silent on party affiliations and now extends even to a registered coalition.

The passage of this "Anti-Defection Bill" in Parliament on Thursday represents a healthy step towards restoring sanity and stability to the august House of Representatives. The passage of this amendment, despite the naysayers and cynics, augurs well for the maturing of parliamentary democracy, and the Minister of Law, and civil society, who have mooted and nurtured this passage, are to be congratulated.