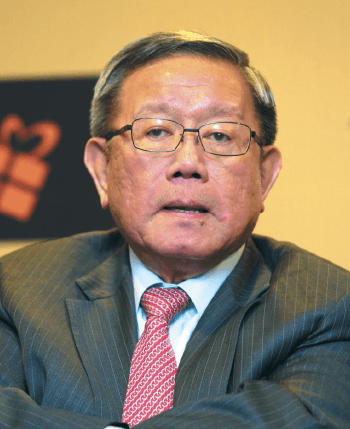 KUALA LUMPUR: Parkson Holdings Bhd, controlled by tycoon Tan Sri William Cheng (pic), started off the new year in choppy waters in Vietnam as it “temporarily” closed down one of its branches in Hanoi that is located in the tallest building in Vietnam — the 72-storey Keangnam Hanoi Landmark Tower.

“It is one of the least-performing outlets here. The closure was sudden and the tenants were given just a few days to move out. Parkson is considered high-end here (in Vietnam) and there is lack of demand for the high-end merchandise in some locations,” said a retail source from Vietnam.

When contacted on this, Parkson noted that the closure is temporary as the branch has been incurring losses since its opening three years ago, mainly due to the high rental costs and low traffic.

“The closure is temporary pending renegotiation of long-standing matters with the landlord,” a company spokesman told The Edge Financial Daily in a written reply.

“Overall, the retail market in Vietnam has not been performing well due to the economic slowdown in the country. We remain positive on the Vietnamese retail scene as can be seen in the opening of our latest Parkson store in Danang in central Vietnam on Jan 11, 2015,” the official noted, adding that it was confident it can do a turnaround and return to profitability for that market with the adoption of some strategies which include branding and adjusting product mix aimed at improving sales and margins.

Parkson is the first foreign-owned department store to be given a licence to operate in Vietnam and it had opened its first flagship store there in Ho Chi Minh City in June 2005. It then entered the Indonesian market in 2011, followed by Myanmar in 2013.

Aside from these markets and its crown jewel China that contributed the highest segment profit of RM222 million for financial year 2014 (FY14), Parkson also has a presence in Sri Lanka through its 47.46% stake in Odel plc. In October last year, Parkson sold that stake in its associate making an estimated gain of about S$601,000 (RM1.6 million).

Out of all the markets it is in, the Vietnamese journey for Parkson turned most turbulent of late.

In its latest quarterly results, the Vietnam and Myanmar markets saw their segment loss doubled to RM3.1 million for the first quarter ended Sept 30, 2014, from RM1.5 million in the same quarter for 2013.

Aside from disappointing results, that market segment also saw a change of guard. Tham Tuck Choy resigned as the chief executive officer (CEO) for Parkson’s Vietnam, Myanmar and Cambodia operations effective Dec 15, 2014, and was replaced by Tiang Chee Sung, who has been appointed as acting CEO for the market segment. The reason cited for Tham’s departure was to pursue other career opportunities.

Parkson’s stock has also been on a downtrend since September last year, hitting a 52-week closing low of RM2.19 on Dec 12. It has since rebounded to close at RM2.50 yesterday, with a market capitalisation of RM2.61 billion.