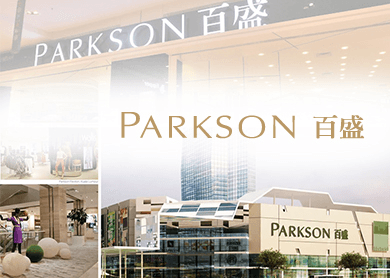 Parkson’s subsidiary Parkson Retail Group Ltd (PRGL) was found to have occupied premises after the termination of the latter’s tenancy agreement. PRGL was required to pay 140 million yuan (RM82.3 million) to Metro City Shopping Plaza in Beijing, after losing a property dispute with the latter.

Besides the provision for the award, Parkson’s (fundamental: 1.8; valuation: 1.7) 3QFY15 results were not painting a rosy picture.

Furthermore, Parkson saw its income tax expense fall by almost two-thirds from RM45.7 million to RM15.45 million. Th is helped to keep Parkson in the black despite the hefty provision.

Parkson said that for the ninemonth period, Malaysia saw a 8% growth in same-store sales (SSS) for 3QFY15, but was still weighed down by weak consumer sentiment.

However, contraction of SSS was registered in China and Vietnam. Th e Chinese market registered a 33% decline y-o-y in operating profi t, while Vietnam’s operating loss grew. In Myanmar, Parkson only managed break-even sales, and losses were posted in Indonesia.

Th e retailer’s share price  tumbled to a nine-year low of RM1.99 in March. It closed at RM2.02 yesterday.

Moving forward, Parkson warns of lower performance for 4QFY15, as the retail operations in China and Asean are anticipated to remain challenging for the near future, coupled with the absence of major festivities.