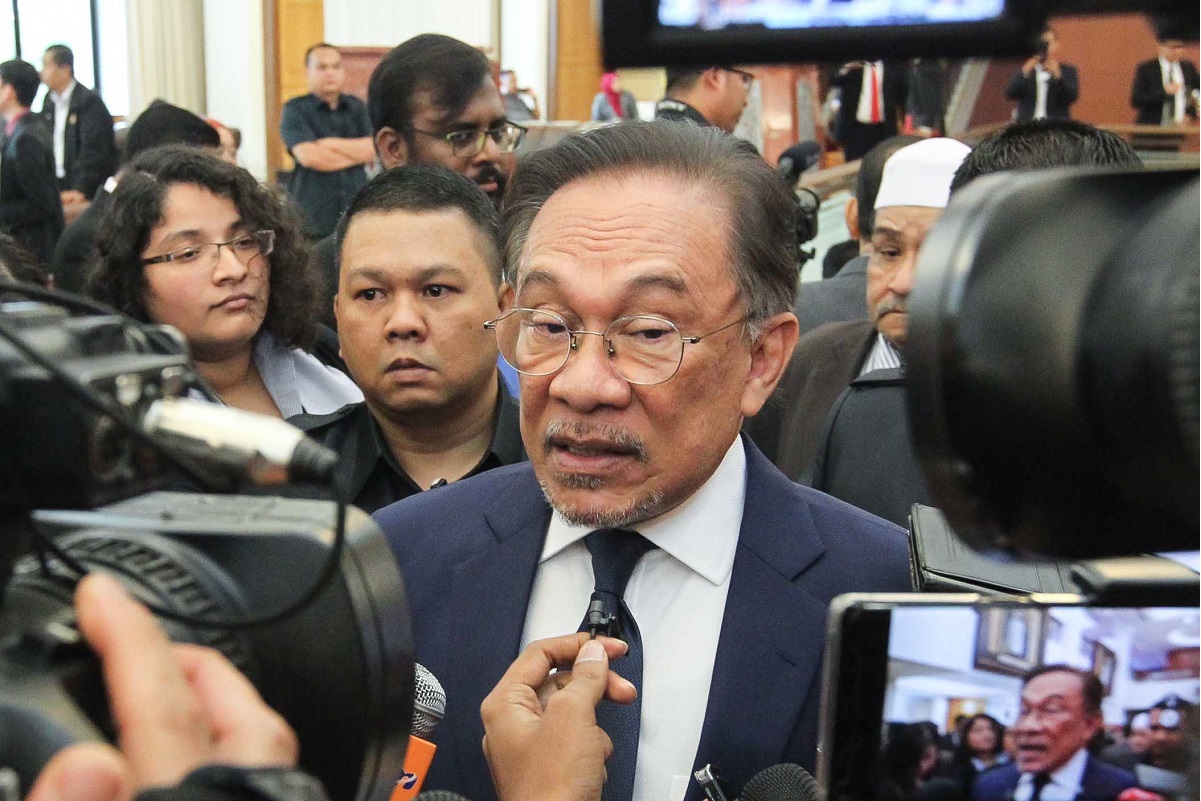 KUALA LUMPUR (Aug 14): The High Court here was told today that the Pardon’s Board had given wrong advice to the Yang di-Pertuan Agong in granting a full pardon to PKR President Datuk Seri Anwar Ibrahim, who was then jailed for sodomising his former personal assistant.

“In this issue, the one in the wrong is the Pardon’s Board and not the Agong. We are challenging the wrong advice given by the Pardon’s Board to the Agong under Article 42 of the Federal Constitution," said Mohamed Haniff in his submission in objecting to an application by Anwar and the board to strike out the suit by Mohd Khairul Azam.

According to Mohamed Haniff, pardons can only be given for the purpose of terminating or suspending a sentence rather than revoking the conviction that the court had decided.

“If a conviction is revoked, it means we play the role of the court because only the court can hear (testimony and evidence) and the court can also make decision," he said.

Lawyer J Leela, representing Anwar, submitted that the full pardon granted by the Agong could not be challenged in court and the plaintiff (Mohd Khairul Azam) also had no locus standi or legal position to continue with the suit.

“The plaintiff's suit is trivial, an embarrassment and an abuse of court process," she said, adding that under Article 42 of the Federal Constitution, the Agong could quash a court’s conviction.

Senior federal counsel Natra Idris said she also agreed with Leela on Article 42 of the Federal Constitution which allows the Agong to issue a pardon order for conviction.

Judge Datuk Akhtar Tahir then set Sept 21 for decision and ordered all parties to file their other arguments, if any, on or before Aug 21.

Mohd Khairul Azam, in a suit filed on Feb 26 this year, claimed that the pardon granted to Anwar by the Yang di-Pertuan Agong, was in contravention of Articles 42(4) and (5) of the Federal Constitution, in view of the fact that pardons granted by the Agong should be based on the advice of the Pardon's Board, which Mohd Khairul Azam argued had not yet been formed in its entirety following the 14th General Election on May 9, 2018, and the formation of the new government.

Mohd Khairul Azam is also claiming that following the election, several unconstitutional actions had been undertaken to ensure that Anwar received a pardon which released him from prison.

Anwar, currently the Member of Parliament for Port Dickson, had been sentenced to five years' jail for sodomising his aide, Mohd Saiful Bukhari Azlan. The conviction and sentence were affirmed by the Federal Court on Feb 10, 2015.