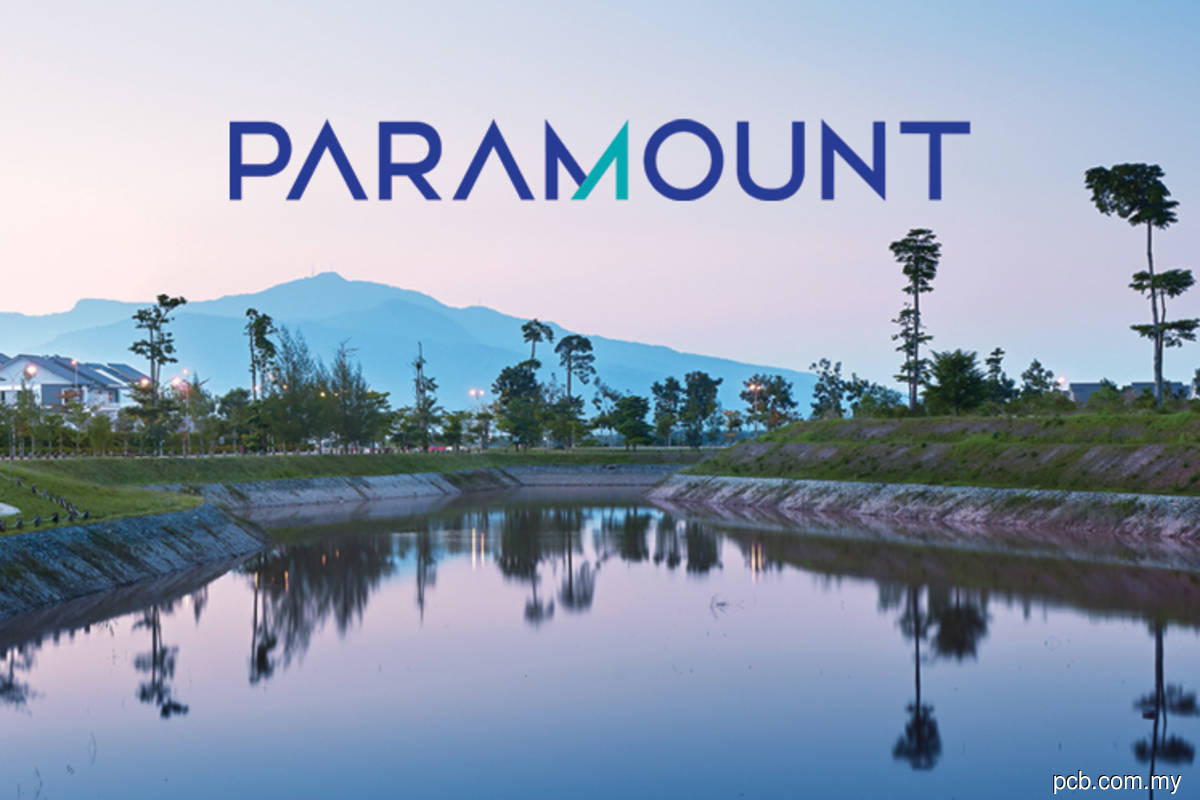 KUALA LUMPUR (Sep 2): Paramount Corp Bhd remains bullish on the prospects of the property market as interest rates remain low, saying it will help regain demand that was affected during the Movement Control Order period.

As a result of the restricted movement policy, Paramount's property sales for the cumulative six months ended June 30, 2020 (1HFY20) came in at RM193 million, compared with RM310 million for the corresponding period last year.

This affected the group's second quarter ended June 30, 2020, which ended in the red with the group posting a net loss of RM3.7 million compared with a net profit of RM28.47 million a year ago.

For 1HFY20, however, the group's net profit surged 13 times to RM463.25 million from RM34.63 million a year ago, contributed by the gain recognised on the disposal of its pre-tertiary education business of RM460.6 million.

Paramount has an estimated RM640 million worth of launches in the pipeline — all residential — which is 121% more than what the group launched in 1HFY20, said Chew.

It also had unbilled sales of RM873 million as at June 30, 2020, which will continue to provide some visibility on its cash flow in the near term, Chew said. The pace of conversion into billings, however, will largely depend on construction progress.

"Demand has picked up a lot. Why? Government initiatives have helped, but one other important factor is low interest rates.

"And this low interest rate environment is very favourable to property developers. Hence, I am very bullish on Paramount and all developers," he told a media and analyst briefing on the group's 1HFY20 financial performance today.

Meanwhile, the group is sitting on a cash pile of RM324.4 million, which will enable it to do more land acquisitions in the near future, he said. As at June 30, 2020, Paramount had 505.1 acres of undeveloped land in the Klang Valley, Kedah and Penang.

On the government's proposed vacancy tax on property developers, Chew said Paramount would not be taxed as much if it materialises, as the company does not have many vacant units. However, he acknowledged that other property players could be adversely affected.

Last month, the Housing and Local Government Ministry announced that it was formulating a tax that could be imposed on developers who fail to sell their properties as early as 2021, in an effort to reduce overhang of residential units in the country.

"If they do this, the supply will become very specific because property developers do not want to be taxed. Developers will be even more worried to do new launches. It will curtail supply, and will therefore drive prices up.

"So I believe it's not a good move and there are other ways to go about this. With the Covid-19 pandemic still ongoing, many people need a place to stay so we need house prices to be cheap," Chew added.