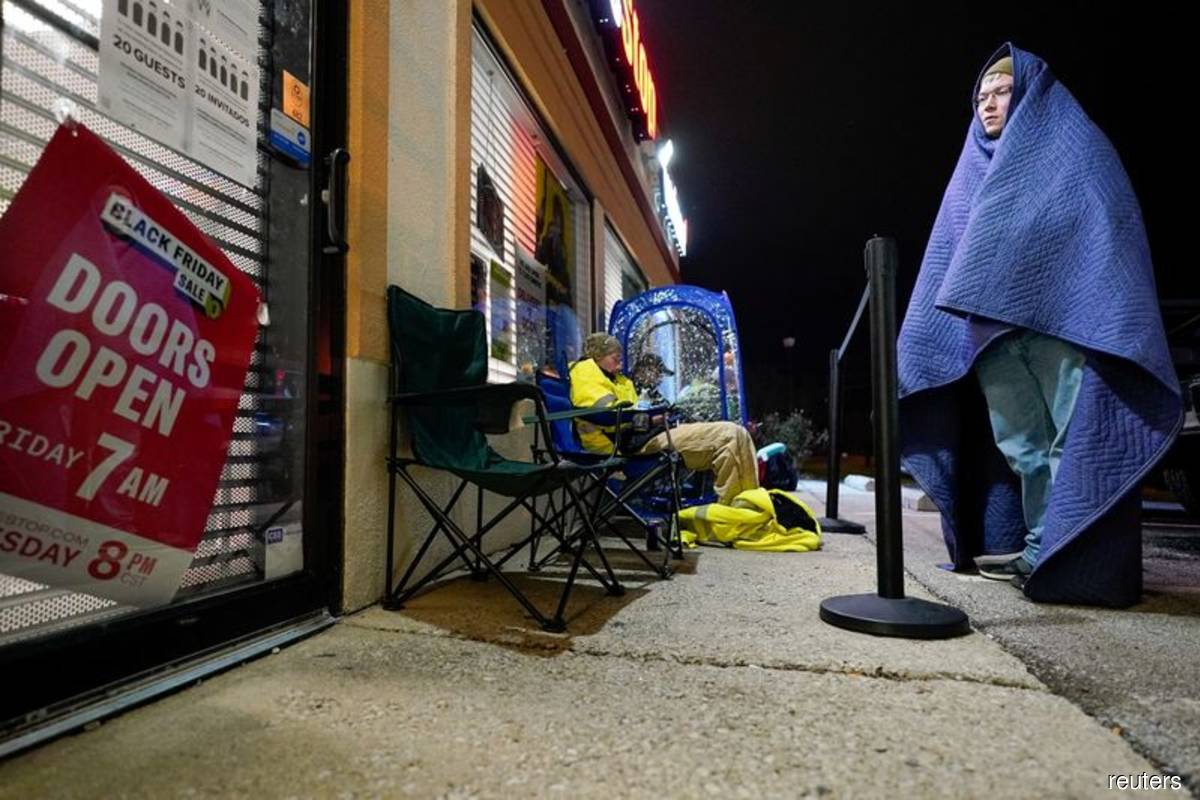 NEW YORK/CHICAGO/LONDON/BENGALURU (Nov 27): Masked shoppers turned up in smaller numbers at major US retailers including Macy's Inc, Walmart Inc and Best Buy Co Inc on Black Friday, as early online deals and worry about the spike in Covid-19 cases dulled enthusiasm for trips to the mall.

Retailers overhauled the traditionally busy shopping day that comes the day after Thanksgiving. Walmart opened stores at 5 a.m. on Friday, directing shoppers to turn right upon entering and proceed along main aisles to shop deals before paying at registers surrounded by plastic barriers.

Bill Park, a partner at Deloitte & Touche LP, estimated traffic at the King of Prussia mall outside of Philadelphia as having been down about 20%-30% compared to last year.

“I’m surprised at the traffic. It’s down a little bit but heavier than I thought,” he said but noted shoppers were not loaded down with packages.

Elsewhere, shoppers with empty carts lined up a socially-distant six feet apart before the Walmart in LaGrange, Kentucky opened, but crowds appeared down overall. Stores selling popular computer game consoles had some of the longest lines as gamers tried to land Sony Corp's PlayStation 5.

Brothers-in-law Gabriel Rojas, 24, and Juan Cabrera, 24, were waiting in line at GameStop in New York's Bronx borough, since 2 a.m. on Friday, hopeful to snatch up a PS5. They were unsuccessful, as there were some 20 people ahead of them and the retailer only had two left in stock, they said.

Some had better luck.

Roger Mustafa, 37, walked out of a Manhattan GameStop with a PS5 in a plastic bag and a huge smile on his face. It cost him US$544 and a lot of sleep.

“I’ve been waiting outside of GameStop for two days,” said Bronx resident Mustafa. “Now I’m going to go home and get some sleep.”

At Macy's New York flagship, Asuncion Peralta, 77, said she was not afraid to shop, because she had Covid-19 antibodies.

"I’ve been waiting for this day for a long time to buy towels and sheets, everything else that I need,” said Peralta. “These prices are not Black Friday prices. I came here two days ago and the deals were better.”

During this pandemic-ridden year, retailers from Target Corp to Kohl’s Corp and Walmart  rolled out online winter holiday promotions in October to capture any holiday-related spending as early as possible.

Upscale department store operator Nordstrom, which has seen its sales tumble in the pandemic, offered customers a US$15 gift card if they picked up packages curbside at their stores.

Overall, the National Retail Federation (NRF) forecasts US holiday retail sales will increase between 3.6% and 5.2% over 2019, for a total of US$755.3 billion to US$766.7 billion. That compares with an average annual increase of 2.5% over the past five years.

On Nov 19, the Center for Disease Control and Prevention (CDC) deemed "going shopping in crowded stores just before, on, or after Thanksgiving" as a high-risk activity.

Melissa Bloss, who works at a bank in Rapid City, South Dakota. said she plans to do all her shopping online this year.

“Most companies have been having sales throughout the month. I really don’t have a need to rush out when I can get the same deal a week later,” she said.