Pandas a gift from China, we are not returning them, says Dr Mahathir 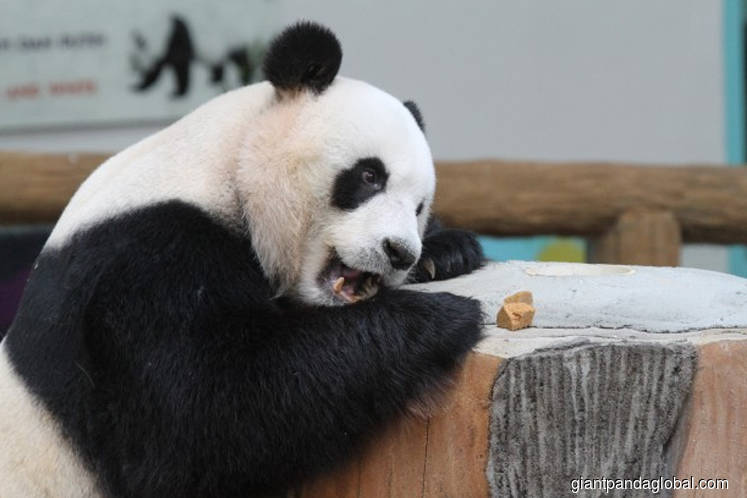 He added Malaysia would not return them to China before the earlier agreed date.

"Giant pandas belong to China, they are not items for sale," Dr Mahathir said in an interview with Sin Chew Daily, adding that "the giant pandas were an offering from China and an important diplomatic symbol for Malaysia and China".

The giant pandas were loaned by China on May 21, 2014, to mark 40 years of diplomatic relations between Kuala Lumpur and Beijing. Under the agreement between the Malaysian and Chinese governments, the giant panda pair would remain in the country for 10 years.

Dr Mahathir revealed that the cabinet never discussed the issues about returning the pandas to China, thus he knew nothing about the statement made by the Water, Land and Natural Resources Minister Dr Xavier Jayakumar.

Xavier earlier said the government had come under heavy criticism for the high maintenance cost for the pandas. He then said he will bring up the matter to the cabinet and discuss about returning the pandas to China earlier because keeping them was too costly.

On Nov 29, 2018, Xavier said the government would discuss with the Chinese government over the status of the Giant Panda Conservation Programme in 2019.

He said the negotiations would have to be carried out with the China Wildlife Conservation Association (CWCA) on whether to continue keeping the giant pandas with the second cub.

According to the agreement between the Malaysian government and CWCA, a pair of pandas was loaned for US$1 million (RM4.18 million) per annum and insurance to be paid for each panda costs RM50,000 annually. Meanwhile, the government has to pay a one-off payment of US$600,000 to keep the panda cub in Malaysia for two years.

The first cub for the panda pair was Nuan Nuan, born on Aug 18, 2015. It was sent home to China on Nov 14 last year, while the second cub, which was born on Jan 14, is still at the conservation centre in Zoo Negara.

Prior to this, the Malaysia government has made a special allocation of RM10 million and used state-investment funds from 1Malaysia Development Bhd amounting to RM15 million to build the giant pandas a conservation complex at Zoo Negara.