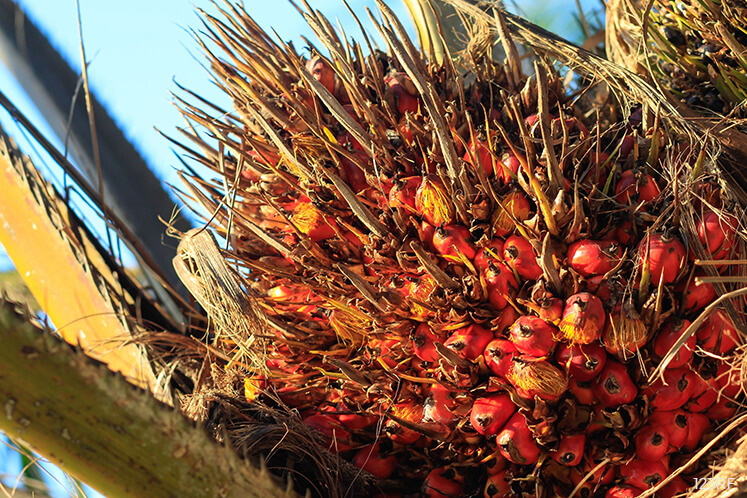 The benchmark palm oil contract for June delivery on the Bursa Malaysia Derivatives Exchange rose 0.7% to RM2,612 (US$589.48) a tonne at the end of the trading day. Earlier in the session, it hit a six-month low of RM2,580, its weakest level since Oct 11.

"(China's) Dalian and Chicago Board of Trade soyoil look supportive... The outlook is not so bearish today," said a trader from Kuala Lumpur.

Another trader added that incoming demand ahead of Ramadan, the Muslim fasting festival, could lend support to the market as well.

"People are expecting Ramadan demand to come in, so export numbers should be better in the coming days," he said.

Palm oil shipments from Malaysia rose 20-25% between April 1-10 from the corresponding period last month, according to cargo surveyor data on Monday.

Data from the Malaysian Palm Oil Board (MPOB) showed that output surged 16.3% to 1.46 million tonnes in March, its first monthly gain since September, and its strongest on-month rise in over a year.

In related edible oils, soybean oil on the Chicago Board of Trade gained as much as 0.6%, while the September soybean oil contract on the Dalian Commodity Exchange was up 0.2%.

The September contract for palm olein on the Dalian Commodity Exchange slid 2%.