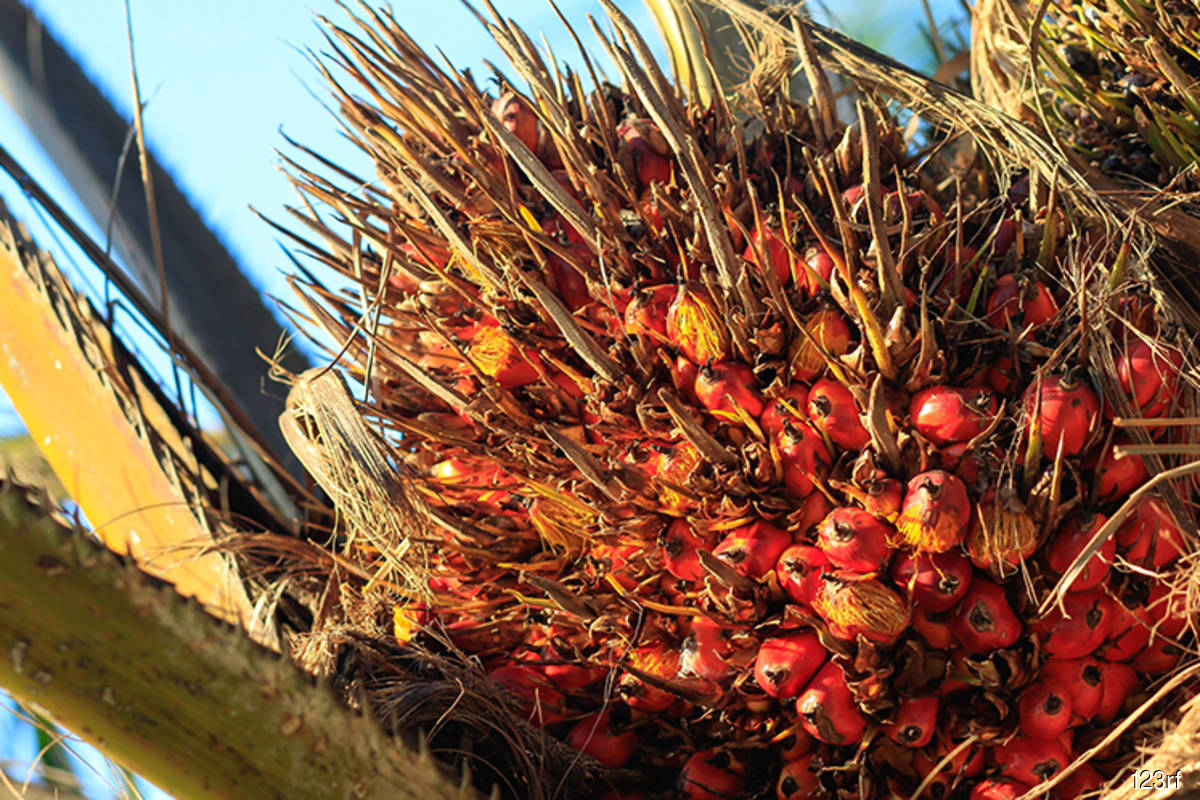 KUALA LUMPUR (July 22): The palm oil industry may see a full recovery in the fourth quarter of this year (4Q20) if the Covid-19 pandemic is manageable and contained, the Council of Palm Oil Producing Countries (CPOPC) said.

The council also believed that there is a possibility of a rebound in the market given the ultra-loose monetary policies of many central bankers and the government’s stimulus package.

“The CPOPC remains optimistic that palm oil is heading for a price recovery in the second half of 2020 due to improving global consumption and dwindling production after the Covid-19 outbreak,” it said in a statement today.

The Malaysian Palm Oil Council (MPOC) predicted crude palm oil (CPO) prices to hit RM2,594 per tonne in the second half of 2020 and averaging at RM2,337 for the year.

It said the gradual opening up of major markets post Covid-19 starting from June 2020 is also expected to make the price outlook bullish.

Palm oil is a daily item needed for the production of food and toiletries.

Countries will begin importing and stocking up their supplies, notably China and India.

According to the council, a push to use more palm oil in biofuels, particularly by Indonesia, will augur well for lowering the stocks and increasing the price of the commodity. An attractive CPO price discount against other edible oils is another plus factor.

As for production of two of the world’s largest palm oil producers, Indonesia and Malaysia, it said the output is expected to be lower this year due to last year's dry weather and lower fertiliser application and current lower labour supply.

The potential of La Nina in the second half of the year would also dampen any prospects of increased production.

Indonesia's CPO production in 2020 is forecast to be lower by one to two million tonnes from last year's 44 million tonnes due to dry weather and less fertiliser usage.

The relentless pressure from non-government organisations (NGOs) to stop oil palm planting, as well as a slowdown in new planting due to low prices up to 2019 and ongoing moratorium policy, would inevitably keep Indonesia's production growth low.

As for Malaysia, its output may drop 4.3% to 19 million tonnes due to biological stress on trees and limited labour supply.

The government has recently imposed a hiring freeze for new foreign workers on which the sector relies. The shortage of workers has been worsened by the imposition of the movement control order (MCO) to stop the spread of Covid-19.

A major concern for the industry in the second half of the year is the peak production season constituting about 60% of yearly CPO production, the CPOPC said.

On demand for the commodity, it is poised to recover thanks to easing of Covid-19 lockdowns across the globe and as well as major consumers such as China and India returning to the market, boosting purchases to replenish dwindling stocks.

Considerable demand would also be underpinned by the implementation of biodiesel blending mandates in major palm oil-producing countries.

“Although global biodiesel demand may suffer post Covid-19 as movements are restricted, the commitment of major palm oil-producing countries to maintaining the biodiesel policy, especially for Indonesia with its B30 mandate until December 2020, is still fundamental to increasing domestic consumption of CPO.

“The policy will divert biodiesel into the domestic market and help increase CPO prices. There remain many uncertainties, however, particularly over the length and magnitude of below normal fuel consumption,” it said.

The council said, moreover, Indonesia may implement B40 in 2021, adding to the positive sentiment towards palm oil prices in 2020.

It is also noteworthy to underscore an increase in oleochemical demand for both local consumption and export.

“The industry needs more palm oil to produce hand sanitisers and soap, thanks to the Covid-19 outbreak. Such demand is likely to be sustained until the end of the year as Covid-19 protocol remains being implemented across the globe,” the CPOPC added.