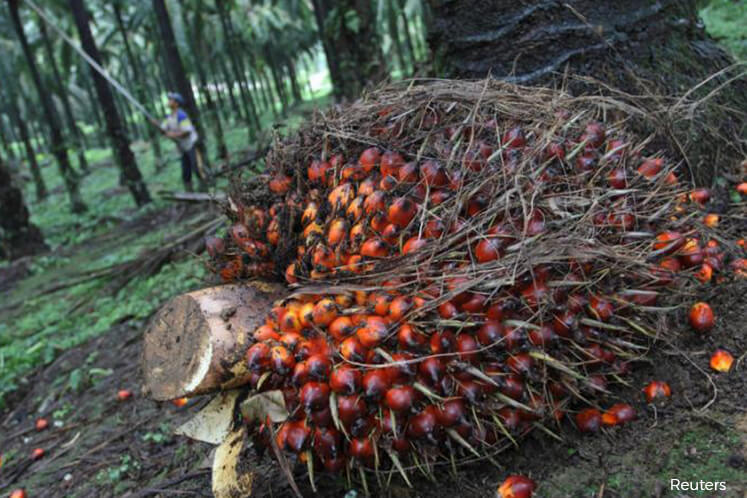 KUALA LUMPUR (March 27): Malaysian palm oil futures fell to their lowest in more than five months on Monday in a third consecutive session of losses, weighed down by weaker performing related vegetable oils.

Benchmark palm oil futures for June delivery on the Bursa Malaysia Derivatives Exchange were down 2.1% at RM2,695 (US$611.25) a tonne at the close of trade, its biggest daily decline in two weeks.

The contract earlier fell to an intraday low of RM2,685, its weakest since Oct 14.

Traded volumes stood at 45,445 lots of 25 tonnes each at the end of the trading day.

"The market is down on soyoil's drop on Friday, followed by the decline in Dalian today," said a futures trader from Kuala Lumpur, referring to soyoil on the Chicago Board of Trade and China's Dalian Commodity Exchange.

Soybean oil on the Chicago Board of Trade was down 1%, while the September soybean oil contract on the Dalian Commodity Exchange dropped 2.9%.

The September contract for palm olein on the Dalian Commodity Exchange dropped as much as 2.4%.

Palm has been range-bound since late-February based on mixed market signals, according to traders, as demand remains weak and output growth is still uncertain. Palm was down 1.7% on a weekly basis last week.

Palm oil exports were down 1.2-1.5% versus the corresponding period last month, according to Intertek Testing Services and Societe Generale de Surveillance.