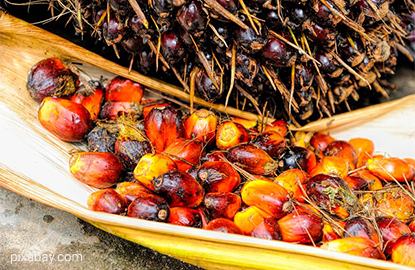 JAKARTA (Jan 31): Malaysian palm oil futures on Tuesday hit their lowest in five weeks, and were headed for a fourth session of declines, as they tracked a subdued soybean market after the Lunar New Year holidays.

The benchmark lost 2.6% in January.

The market, which was closed since mid-day Friday for Lunar New Year celebrations, resumed trading on Tuesday.

"Soy harvest in the Americas look like it will surpass target. As substitutes, soy immediately impacted CPO prices," Gregorious Gary, an analyst with Bahana Securities in Jakarta.

The Chicago Board of Trade most-active soybean contract traded near its lowest in two weeks on Tuesday, after dropping 2.5% in the previous session.

There is no trading in China, with the Dalian Commodity Exchange closed for the Lunar New Year celebration until Feb 2.