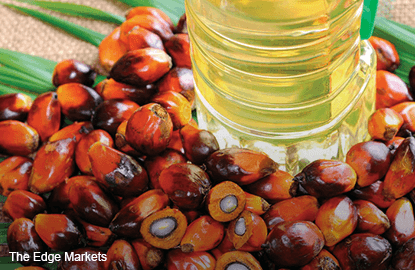 Benchmark palm oil futures for May delivery on the Bursa Malaysia Derivatives Exchange were up 0.03% at RM2,863 (US$643.08) a tonne at the end of the trading day, after gaining about 4% in the last three sessions.

For the week, they have gained 2% in their first weekly rise in three.

Traded volumes stood at 40,918 lots of 25 tonnes each on Friday evening.

"Market signals are very mixed," said one Kuala Lumpur-based futures trader, who said that the market was reacting to expectations of flat inventory levels in February, and also looking ahead to an upcoming industry conference next week which is likely to produce bearish forecasts for prices.

"No one wants to take a strong, long position ahead of the palm and lauric oil conference," said another trader.

The market was down in early trade on Friday, in response to the expectations that leading analysts will give bearish price forecasts at the conference.

In related vegetable oils, soybean oil on the Chicago Board of Trade fell 0.3%, while the May soybean oil contract on the Dalian Commodity Exchange was down 0.1%.

The May contract for palm olein on the Dalian Commodity Exchange gained 0.4%.

Palm oil is expected to test a support at RM2,820 per tonne, according to Wang Tao, a Reuters market analyst for commodities and energy technicals.