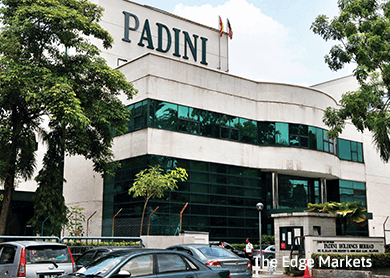 KUALA LUMPUR (Aug 19): Padini Holdings  Bhd shares rose as much as 5 sen or 3.7% today after the local fashion brand retailer posted a better-than-expected fourth quarter net profit despite weaker consumer sentiment following the implementation of the goods and services tax (GST) in April.

Padini's quarterly results beat market expectations, posting a net profit of RM18.18 million for the three months ended June 30, 2015 (4QFY15), a 33.05% increase from the year-ago period, mainly helped by larger absolute amount of gross profit earned, an increase in other incomes, and a slower relative rise in operating costs.

Its revenue for 4QFY15 also rose 13.23% to RM221.94 million from RM196.01 million in 4QFY14, driven primarily by the five Brand Outlet stores and five Padini concept stores that were opened after the end of the previous year’s corresponding quarter.

JF Apex Securities Bhd has upgraded Padini's stock to "buy" from "hold", with a higher target price of RM1.65 from RM1.57 previously.

However, JF Apex Securities has lowered its earnings forecast for FY16 by 9% as it factored in the GST absorption to its earnings forecast. It also estimated that the momentum of earnings recovery may be slower than expected as concerns over imported inflation arising from depreciation of ringgit would keep consumer sentiment cautious.

“Nevertheless, we forecast Padini’s earnings to grow by 23% in FY16 on the back of new stores opening and gradual recovery of consumer spending. We also take this opportunity to introduce our earnings forecast for FY17, which implies a net profit growth of 11%,” JF Apex Securities said.

Meanwhile, AmResearch also reaffirmed a "buy" recommendation on Padini, with a higher fair value of RM1.80 from RM1.70 previously, pegged to an unchanged PER multiple of 13 times FY16 earnings.

“We introduce FY18 earnings forecast at RM117 million. Padini will continue to emphasis its high-growth Brands Outlet brand, as it continues to do well given its strong position in the value-for-money market,” AmResearch added.