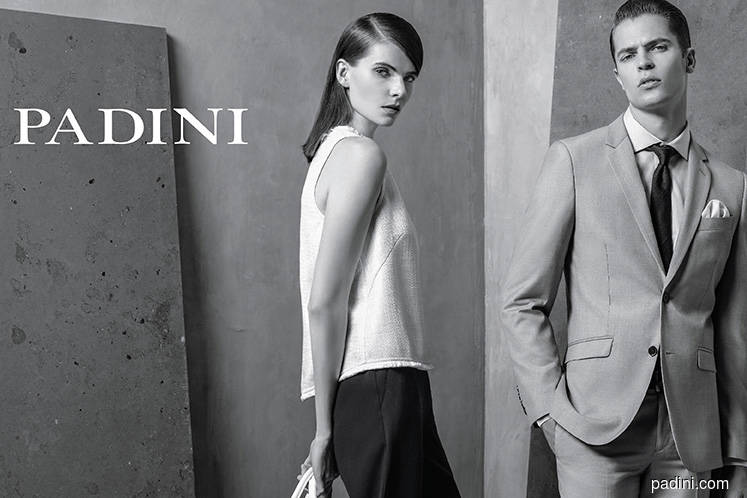 KUALA LUMPUR (Feb 28): Shares in Padini Holdings Bhd surged as much as 41 sen or 11.7% to RM3.92 today, after the fashion retailer announced a third interim dividend in addition to firmer quarterly earnings.

Padini declared a third interim dividend of 2.5 sen a share, payable on March 29, bringing its cumulative dividend to 7.5 sen, which is equal to the corresponding period in FY18.

MIDF Research said Padini's earnings for the first half of FY19 so far is within its and the consensus' expectations.

The research firm has upgraded the stock to "neutral", after its share price retreated 36% since its "sell" recommendation in November 2018.

"We re-rated the stock as we expect a subdued earnings growth in the near term due to the saturated fashion market. The assigned price-earnings (PER) multiple is -1.0 standard deviation below the group's one-year average historical PER.

"We believe that all negativity has been priced in at the current valuation. All things considered, we are upgrading our recommendation on the stock to neutral from sell previously," its analyst wrote in a note today.