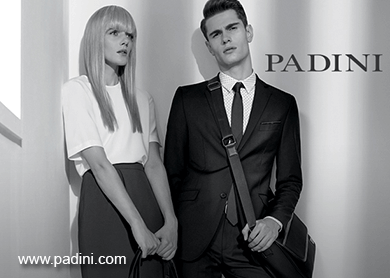 KUALA LUMPUR (Aug 18): Padini Holdings Bhd saw its net profit rose 33.05% to RM18.18 million for the fourth quarter ended June 30, 2015 (4QFY15), against RM13.66 million a year ago, helped by larger absolute amount of gross profit earned, an increase in other incomes, and a slower relative rise in operating costs.

Revenue for the 4QFY15 also rose 13.23% to RM221.94 million from RM196.01 million the previous year, driven primarily by the five Brand Outlet Stores and five Padini Concept Stores that were opened after the end of the previous year’s corresponding quarter, its filing to Bursa Malaysia today showed.

The earlier arrival of the Hari Raya Aidilfitri this year in the middle of July also had some positive impact on the sales of June, it added.

Padini noted that its gross margins earned in the quarter reviewed had fallen by about 2% year-on-year.

“This was expected given that prices of our products sold pre- and post-GST (goods and services tax) had remained the same; though post-GST, we now had to deliver some 6% of the sales revenues to the tax authorities as GST deemed paid by the consumers,” it said.

Despite the drop in gross margins earned during the quarter, profit before taxation had increased by some 13% year-on-year, helped by the larger absolute amount of gross profit earned, an increase in other incomes and a slower relative rise in operating costs, it added.

Moving forward, Padini believed its prospects and its ability to sustain its profitability remain intact.

“While it is true that our gross and pre-tax margins have been on the decline in the recent few years, we are of the opinion that this is merely a reflection of the changes in both the competitive landscape wherein we operate and in the larger economic environment,” it added.

Padini noted the development of the retail industry has given more choices to the consumer but the lesser disposable income has prompted them to be selective in spending. This has had a very adverse impact to retail operators.

“And to compensate for the reduction in gross margins, we focused on driving top-line growth just so we could more efficiently utilise our fixed costs and expenses, providing relief therefore to the pressures on the bottom-line. For the time being, at least over the medium term, this should be the new normal,” it added.