Over the top: the entertainment binge 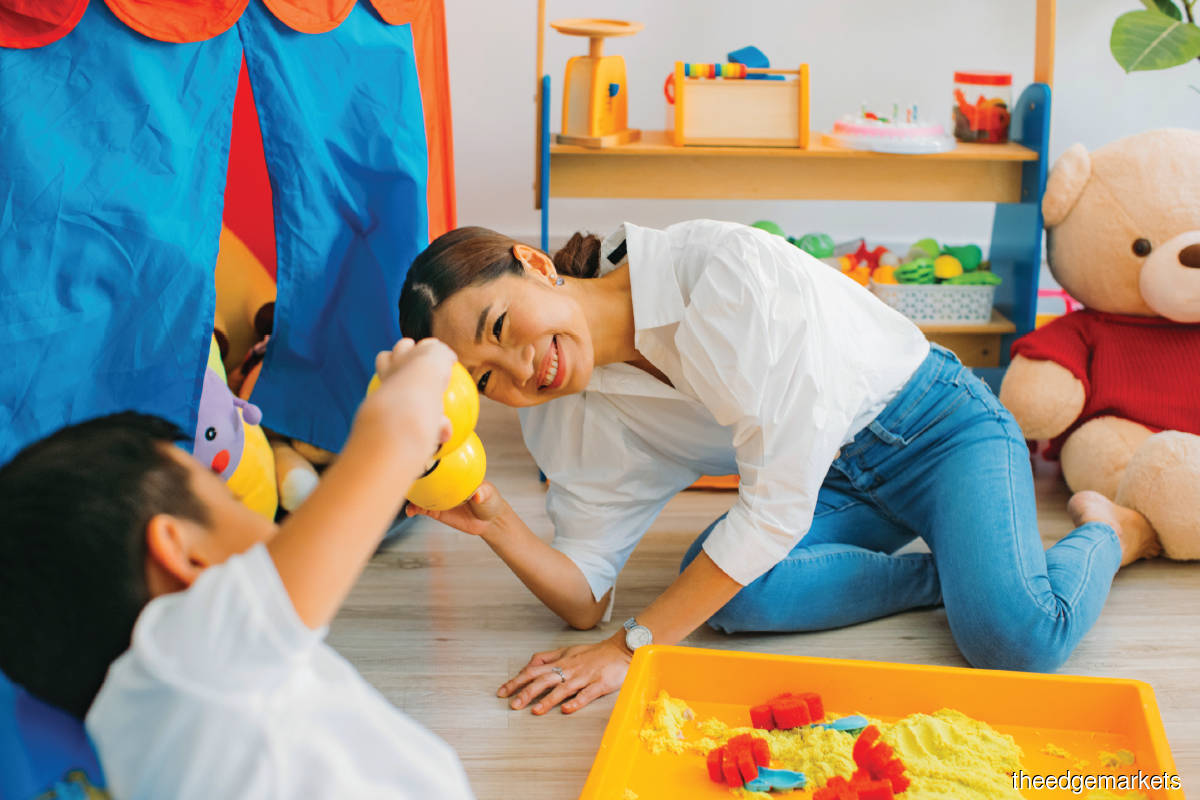 There were not many ways to keep occupied at home during the Covid-19 lockdowns. Cooking and home improvement projects took up a portion of one’s day but it did not take long for people to resort to digital entertainment to fill their hours.

This resulted in the overconsumption of digital entertainment, a habit that is still around even though life is returning to normal. People are now used to bingeing on shows on Netflix and other streaming services. It did not help that these services also released new shows and movies on the site to encourage and feed the habit.

Binge gaming was also seen during the pandemic, and individuals with underlying mental health issues or lacking other resources to cope with the sudden change and the impact of the pandemic were more susceptible to it. Under these circumstances, children or minors were more affected than adults.

Anna Tan,  child development consultant at SNS Child & Family Development Consultation, shares that children are typically used to physically socialising with friends in school. Online classrooms just did not allow for this, at least, not to the extent they were used to. “We can’t really blame [kids for trying to sneak onto Roblox...] entirely, because they are in online classes from morning to afternoon. Kids are supposed to develop through human interaction, not devices.” - Tan

So, they sought other methods, during and after schooling hours, to get online to be with their friends. In her experience, Tan says, children turn to Roblox, an online gaming platform to communicate with their friends through games.

“I hear of kids trying to sneak onto Roblox or watch videos on YouTube during online classes. But let’s be fair — we can’t really blame them entirely, because they are in online classes from morning to afternoon. Kids are supposed to develop through human interaction, not devices,” she says.

Children in the early childhood stage, between two and six years old, are typically supervised by their parents, Tan says. The likelihood of children in this age range sneaking devices to go online might be lower, but it also depends on whether parents have the time to supervise, as they too are working from home.

Primary and secondary school students are the ones more susceptible to being distracted by online games and shows. Tan says a child’s characteristics play an important role as well. She references The Marshmallow Test, where children are tested on whether they prefer instant or delayed gratification, and children who need instant gratification are the ones who tend to be susceptible to sneaking online, regardless of age.

“It’s human nature. Regardless of whether it’s with kids or adults, we all want pleasure. It’s the same for adults who scroll social media when they’re stuck in a boring talk,” she points out.

“But kids are also not built for online learning, as their attention span is not built for it; they were forced into it because of the pandemic.”

In adults, the entertainment bingeing is a little more complex. Association of Private Counselors (Counselling Psychology) president Johana Johari says adults binged on digital entertainment as a means of escapism. In most cases, it is a healthy addiction, as it keeps them occupied and alleviates stress. The problem, however, is when it stops being enjoyable.

“When you overdo something to the point that you are not enjoying it, it does not fill up a need and becomes a waste of time. It actually contributes to the lack of meaning of life in general. It’s like when you drink alcohol to get drunk or smoke a cigarette to escape reality, it means you are not appreciating it and thus, it is a waste,” she says.

“We don’t want to fix a healthy addiction but for those who are always on their screens, I would suggest setting some sort of schedule for what they do on a daily basis to limit bingeing of any kind.”

At the beginning of the pandemic, Johana says she saw many young adults who had failed to leave home and make their own way in the world as they were involved in social online gaming such as Mobile Legends and PUBG, causing them to neglect work. She saw a trend of men, specifically the eldest sons of Asian households, trying to dodge the responsibilities and expectations their parents have of them. “The overconsumption of entertainment has been the default coping mechanism in dealing with stressful reality for both adults and teens.” - Johana

This means that they tend to stay in their rooms, playing games, and not coming out unless they need food. There is a communication breakdown between them and their parents, says Johana. The adult children’s daily routine is to be on their screens from the moment they wake up until they go to bed, which may cause anxiety.

“During the pandemic, there was TikTok, Instagram and a bunch of streaming sites at their disposal, and social media was a source of stress and anxiety for them, instead of entertainment. They would look at what other people are doing with their lives and feel bad for not doing anything themselves, adding to the pressure to perform and feel productive,” she says.

“Those who were jobless were agitated at being locked at home. The fear of missing out (FOMO) and loneliness tend to be the reasons they binge on digital entertainment, as well as trying to stay connected with other people.”

To a certain degree, the mind seeks things that are familiar, says Johana, as doing so provides a sense of security. This is why some people are seen binge watching shows they have already seen. While it could be a sign of mental illness, it is also somewhat acceptable, as people tend to look for familiar elements in times of uncertainty.

“You may already know the outcome of the story, and somehow that brings you outside of reality. But at the time of the lockdown, nothing was realistic. So, the overconsumption of entertainment has been the default coping mechanism in dealing with stressful reality for both adults and teens,” she says.

It is similar when it comes to binge watching new, hyped-up series, such as Money Heist, Queen’s Gambit and Squid Game that were released on Netflix during the pandemic. Everyone was talking about them and Johana believes that people jumped on the bandwagon to hold on to whatever common ground they may have with other people.

“People binge to try to catch up and stay informed, and they don’t want to appear as if they are outdated. I would think that younger adults who are still forming a sense of identity will probably be influenced by this pressure. Older adults couldn’t care less and just consume whatever type of entertainment they want,” she says.

Acceptance is the first step to recovery

The impact of overconsuming digital entertainment is more severe on children than adults. Addressing the issue is also a lot more complex, as getting to the root may be more difficult.

Tan says there is always a reason a child behaves a certain way, so it is important to examine the motivation behind it. More often than not, there is a loud and clear message that they are trying to convey to the adults around them, but most times the adults may not understand and jump to conclusions that can lead to the misinterpretation of the child’s behaviour.

Another issue is that parents expose children to devices at a very young age. Tan says as the child grows, they may not be able to connect with or be aware of their surroundings, and they tend to be in their own world most of the time.

“They might face difficulty differentiating reality from the virtual world and may display autism-like behaviour. This is why a lot of developmental consultants actually advise parents to minimise their children’s screen time. For primary school children and teenagers, the addiction to games and shows tends to take away time from what they are supposed to do, such as homework or studying,” she says.

“It takes a lot of proper intervention by an experienced mental health professional to identify why kids turn to bingeing on games and shows or re-watching them. Are they lonely? Do the activities bring a sense of comfort? Or are they looking for social support? To reverse the process, the idea is to substitute the habit with the support that they really need.”

Parents play an important role in managing their children’s online activities but it can get tricky too, especially if the parents themselves are working from home. Tan says tech-savvy parents tend to use co-monitoring systems with their children’s devices so that they can see what their children are doing online.

For those who are not so tech savvy or are very occupied with their job themselves, some have gone to the extent of sitting side-by-side with their children to monitor them in real time while working.

“It is quite challenging for parents to monitor the kids 24/7, especially since kids tend to find ways to indulge in online entertainment after being told they aren’t allowed to,” says Tan.

With adults, there are some cases where they are watching a show on one device and simultaneously playing a game such as Candy Crush on their phone. Johana says this is an indication of anxiety, because at the back of a person’s mind, they know that they are avoiding something they are supposed to do. The anxiety level gets worse as time passes, to the point that the person can become paralysed with fear, especially when they are avoiding challenges in real life.

“It’s important to be honest with yourself about your daily routine, and account for every second of the day, because if you don’t see it as a problem, you are never going to fix it,” says Johana.

“It’s a case-by-case basis but I typically suggest they replace screen time with other things like exercising. To get them to break the habit, it’s not good enough to tell them to stop doing it.

“Some people may not need counselling to get out of the bingeing habit but instead need life direction and goals, which a life coach can help with. These people are the ones who have life goals but are not able to achieve it on their own. If you want to get your life back on track in this Covid-endemic world, I think it’s best to get a life coach and set realistic, doable and measurable life goals with specific timelines.”