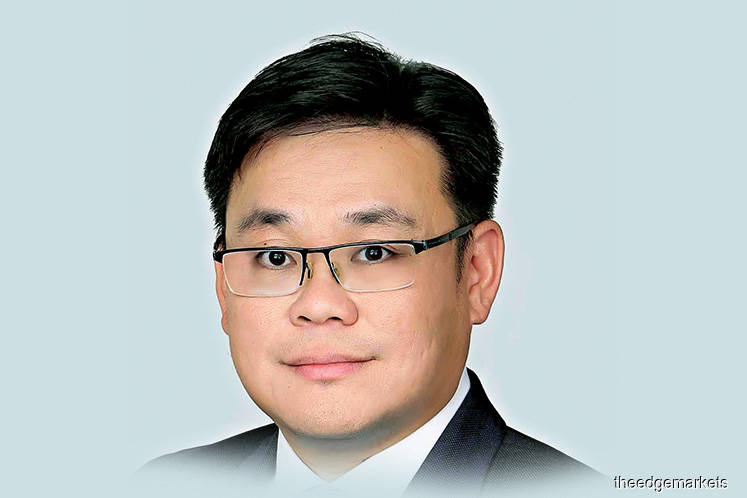 Within equities, we expect a gradual pickup in the UK and Europe [due to] stabilisation in the manufacturing sector, a modest fiscal impulse and a resolution of the Brexit uncertainty. - Tan

Investors must prepare for a bumpy ride in 2020, as some of the factors that have plagued the global economy in 2019 are forecast to linger on. But amid the challenges, opportunities to gain wealth will also emerge, say investment experts.

Some of the concerns and risks that investors should pay close attention to include whether the extended economic cycle will lead to a recession, developments in the US-China trade relationship, the upcoming US presidential election and the slowdown in China’s economic growth, says Alexander Chia, head of regional equity research at RHB Bank. He adds that 2020 will likely see the investment climate shift into a low yield and low growth environment.

“We are hoping for a recovery in investor sentiment in the second half of 2020 as the market attempts to price in expectations for 2021, but the key will be corporate earnings, which have been lacklustre. Corporate earnings will determine the fundamental upside for the market, but risks are still weighted on the downside,” he says.

Volatility is inevitable in this late-cycle economy. According to Chia, mid to high single-digit returns for global equities are possible throughout the year.

There could be more opportunities for investors in Asia. According to the International Monetary Fund in October, Asia remains the fastest growing region in the world, accounting for more than two-thirds of global growth in 2019.

“This occurred despite continuing weakness in global trade, and policy uncertainty in the region. While growth is set to slow down in 2020, we still believe that Asia will be the key driver of growth for the global economy,” says Tan Jee Toon, chief investment officer of Asia-Pacific equities, RHB Asset Management  in Singapore.

Tan’s optimism extends to China, even though the country has been experiencing the slowest growth in decades. “The main reason for our optimism lies in the country’s increasing consumption power, spurred its rapidly expanding middle-class population,” he says.

Following the announcement of the phase-1 interim trade deal between China and the US, Tan foresees trade tensions that have plagued the global economy in 2019 to recede next year. This will provide a welcome relief for the market. Even so, investors should still pay attention to further progress in the trade negotiations, especially as US President Donald Trump seeks re-election in 2020.

However, the ongoing unrest in Hong Kong is a cause for concern as no resolution is in sight, Tan adds. “The snowballing of the protests from the initial extradition bill to wider discontent with growing Chinese influence in the city has resulted in the Hong Kong market delivering some of the poorest performances since the Asian financial crisis.”

The Hong Kong economy fell into recession in the last quarter, the first in over a decade. But Tan still has faith in its market’s strong fundamentals, as it remains a key source of funding for US dollar liquidity and is a vital bridge that links overseas investors to the Chinese market.

“Nevertheless, this hinges on whether [Chief Executive] Carrie Lam’s administration can quell the unrest in the city,” he adds.

Tan’s team has increased its allocation to equities in view of a recovering global growth rate due to improving financial conditions, easing in trade tensions and the expectation of a smooth Brexit.

“We still favour companies that fit into structural trends and possess strong fundamentals that would help investors ride through uncertain times. Within equities, we expect a gradual pickup in the UK and Europe [due to] stabilisation in the manufacturing sector, a modest fiscal impulse and a resolution of the Brexit uncertainty,” he says.

“We expect China’s growth to slow to 5.8% in 2020 from 6.1% in 2019, as policymakers focus on boosting the quality of growth and limiting overall leverage. Various industries are expected to see consolidation.”

Some of the sectors he likes in Asia are technology, property, healthcare and infrastructure, each of which has its growth factors.

Meanwhile, things may not look up soon for Malaysia, which was the worst performing market in Asia in 2019.

“While valuations in Malaysia are currently attractive, there is no discernible catalyst to drive earnings. Furthermore, there are concerns over political risks and the earnings outlook, such as the debate over who the next prime minister will be, the underperformance [of the government of the day] in the recent by-elections, as well as the uncertainty around government policies, which have affected business sentiments. However, despite the uncertain outlook, consumer sentiment has been quite resilient,” says Tan.

These issues and strategies will be discussed further at The Edge & RHB Premier Investment Insights Dinner on Jan 14, 2020 at JW Marriott Kuala Lumpur. The event, organised in conjunction with Chinese New Year, is invitation only. Tan will be speaking alongside Reginald Tan, head of multi-asset products, Southeast Asia at Schroders, and Datuk Joey Yap, chief consultant at Joey Yap Consulting Group.

Tan will be sharing his Asian market outlook, Reginald will be delving into the global market outlook and Yap will be presenting his 2020 feng shui and investment outlook.