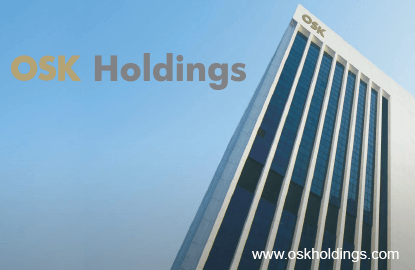 KUALA LUMPUR (Sept 8): OSK Holdings Bhd proposed takeover of PJ Development Holdings Bhd(PJD) has fallen through, as the former only holds 89.36% of PJD, short of the 90% required to privatise the company.

In a filing with Bursa Malaysia yesterday (Sept 7), it was revealed that OSK only held 89.36% of PJD at the close of the offer yesterday.

To recap, OSK Holdings single largest shareholder Tan Sri Ong Leong Huat had planned to takeover OSK Property Holdings Bhd and PJD, in a proposed merger to diversify its business portfolio into other viable areas, in particular the property sector.

In order for the merger to go through, both OSK Property and PJD would need to be privatised, with acceptances from at least 90% of the shareholders in the two companies.

In a separate filing, it was revealed that OSK Property Holdings counter will be suspended with effect from 9am on Oct 22, 2015, as its public shareholding spread stood at only 5.92%, less than 10% of the total OSK Property Shares in issue, excluding treasury shares.

The suspension will only be uplifted by Bursa Securities, upon full compliance with the public shareholding spread requirements, where OSK Property must ensure that at least 25% of its total listed shares are in the hands of public shareholders.