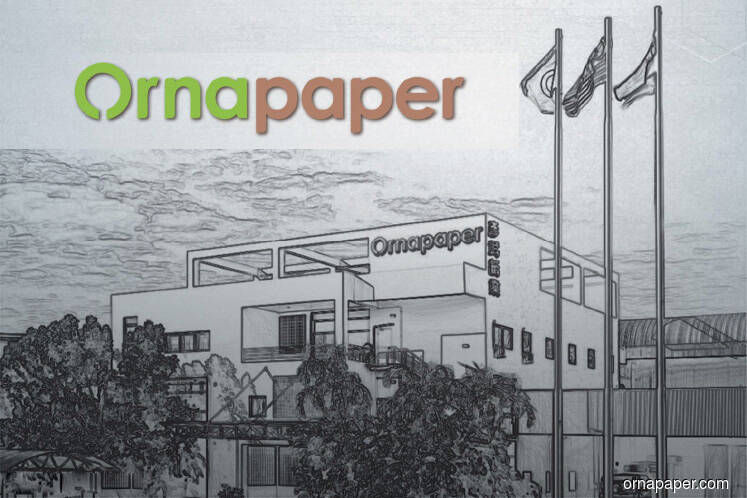 KUALA LUMPUR (Feb 26): Ornapaper Bhd's share price jumped as much as 30 sen or 26.79% to RM1.42 in morning trades today after the corrugated board and carton manufacturer reported an 83.1% rise in fourth quarter net profit from a year earlier and declared a dividend of three sen a share.

At 10:31am today, Ornapaper shares pared gains at RM1.38 for a market capitalisation of RM83.05 million. The stock, which saw 3.81 million shares traded, emerged among Bursa Malaysia top gainers.

For the full-year, Ornapaper said cumulative FY19 net profit climbed to RM13.2 million from RM9.43 million a year earlier although revenue was lower at RM331.58 million versus RM349.85 million.

Ornapaper declared a final dividend of three sen a share. The ex- and payment dates for the dividend fall on July 1 and 16 respectively, it said.

"However, failure to hold on to support level of RM1.09 may indicate weakness in the share price and hence, a cut-loss signal," Lee said.