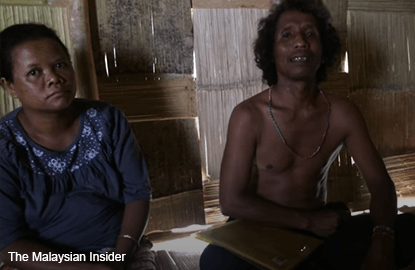 (Oct 19): An activist has appealed the public to help with funeral expenses for the four Orang Asli children who were found dead after they went missing in the jungles of Kelantan.

Lawyer Siti Zabedah Kasim, who is a member of the Malaysian Bar's Human Rights and Orang Asli Rights committees, announced the request in a Facebook posting this morning, and furnished her bank account details.

"After discussing with the villagers in Kampung Penad and Kampung Gawin yesterday, the funds required is estimated around RM10,000.

"This is to cover the expenses of putting up tents, tarpaulin and food for seven days of the Temiyar funeral rites in both villages," Siti Kasim told The Malaysian Insider.

She said the villagers will discuss with the Orang Asli Affairs Department (Jakoa) on helping to pay for the coffins.

"It is however, not confirmed if Jakoa will be able to cover the costs. If the department is not able to, it means that the reliance will be on the donations," she said.

Siti Kasim said the funeral is expected to take place in Kampung Penad on Sunday (Oct 25) and in Kampung Gawin the next day.

So far only two families have identified their children from the four remains found. Police have informed the families that another round of identification is expected this Friday.

Seven Orang Asli pupils reportedly escaped from the schools hostel on Aug 23 for fear of punishment after going for a swim in the river without permission from their teacher.

Norieen and Mirsudial were found alive in a malnourished state, and were sent to the Gua Musang Hospital for treatment.

Siti Kasim said a large crowd from surrounding Orang Asli villages were expected to turn up for the children's funeral.

"I have given them RM1,000 in advance to purchase the tarpaulin and tents for the funerals. They have also set to work on weaving traditional mats for the preparation.

"The costs involved include purchasing food for guests during the funeral and hiring vehicles to bring in the food and tent materials," she said.

She explained that mobility in and out of the village was challenging due to the steep and muddy terrain.

"It takes about 2 to 3 hours to reach Kampung Penad from Kuala Betis and getting to Kampung Gawin is another 2 to 3 hours.

"The time it takes can prolong if road conditions are hampered by the weather," she said.

Siti Kasim said she planned to return to Kuala Lumpur today, while the families and villagers met with Jakoa officials and would only return to Kelantan on Friday to continue assisting the Orang Asli community there. – The Malaysian Insider