Opportunities in a stagnant market in 2019 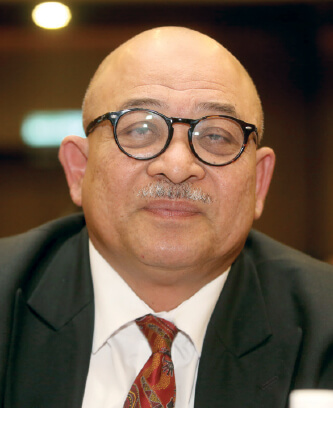 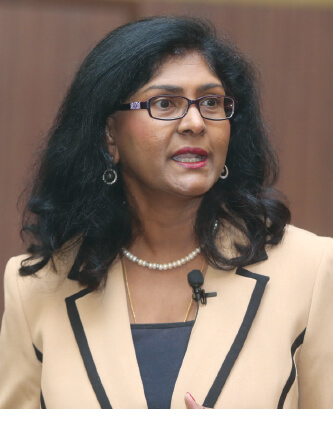 Malathi: We have to keep abreast of office market trends 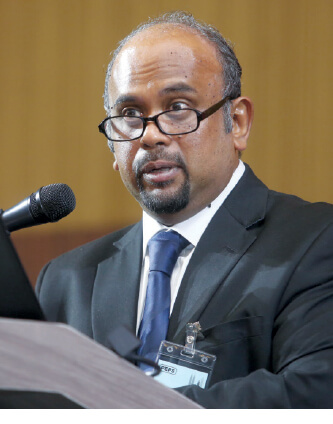 Sulaiman: The market has swayed towards the affordable segment 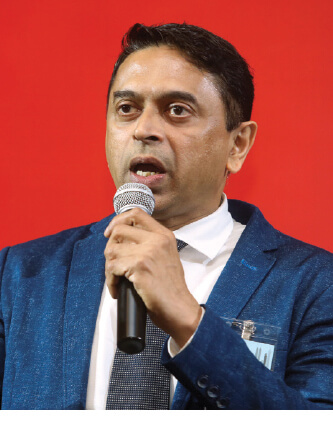 Murli: Millennials and post-millennials will shape the retail landscape 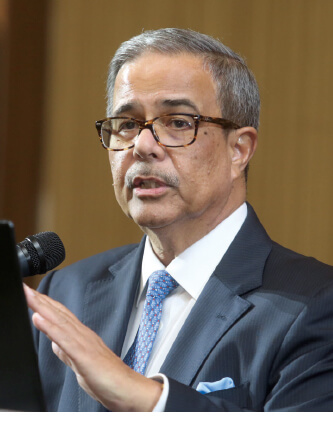 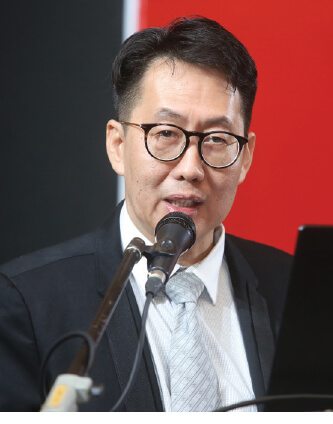 Peh: Prices of landed houses [in Penang] have remained firm 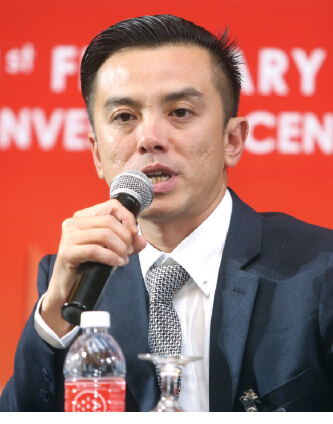 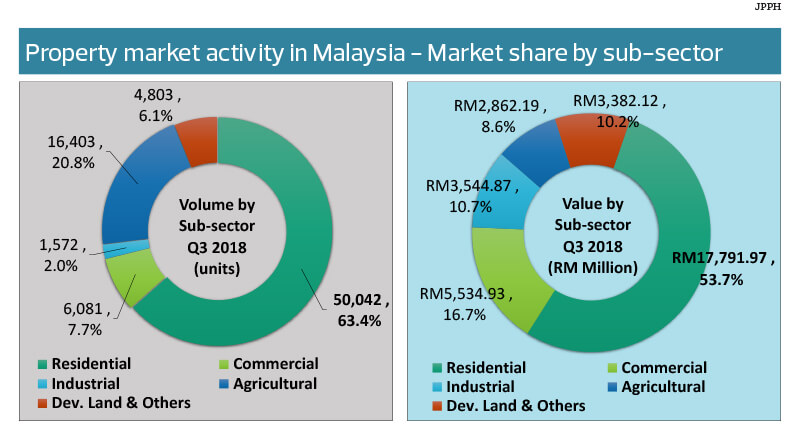 It is no secret that the local property market is facing trying times. This is evidenced by the decline in the volume and value of property transactions last year.

Despite the sluggishness, there are still some pockets of opportunities, according to consultants and speakers at the 12th Malaysian Property Summit held on Feb 21. The summit was organised by the Association of Valuers, Property Managers, Estate Agents and Property Consultants in the Private Sector Malaysia.

Titled “Property Market Outlook 2019”, the summit examined the local property market in segments such as residential, office, retail and specialised asset class for REITs as well as markets in the northern and southern regions, and housing changes under the new government. Here are some key takeaways from the summit.

“Unsold and overhang of properties have become a hot issue. National Property Information Centre has launched the Unsold Property Enquiry System Malaysia to provide information on this. The government is also taking steps to tackle the problem with the Home Ownership Campaign 2019.”

Meanwhile, the Malaysian House Price Index showed a positive sign with the average price of properties at RM414,469. The average price for terraced houses was RM377,001 while that for high-rises was RM334,821.

In the commercial segment, the transaction value contracted 4.5% to RM5.53 billion in 3Q2018, said Zailan.

He added that 3Q2018 transactions in the industrial segment amounted to RM3.5 billion while those in the agricultural market saw an 18.4% decline to RM2.86 billion.

On the outlook for the property market this year, he said the situation is expected to stabilise.

“The government is aware of the homeownership problem,” Zailan said. It is rebranding  RUMAWIP as Residensi Wilayah with several improvements. A committee is needed to monitor the cost of development to make home prices affordable. Affordable housing remains the top priority of the government, he added. “The commercial segment remains the pull factor for investments while the industrial segment is expected to play a significant role in generating investments.”

Rahim & Co International Sdn Bhd director of research Sulaiman Saheh concurs. In his presentation entitled “Residential market performance and outlook”, he said, “With new policies to address the issue of affordability, we hope to see more stringent implementation. The market has swayed towards the affordable segment. Creative products in this segment will be well received.

“The volume and value of overhang in the residential market are at their highest. There is an even spread between the number of overhang units priced below RM500,000 and over RM500,000.

He noted signs of price consolidation in areas such as Mont’Kiara, Bangsar-KL Sentral, KLCC and Bukit Jalil. “On the national level, there is a product mismatch, with most of the transactions being below RM500,000 whereas the bulk of the overhang is priced above [RM500,000].

“The number of launches and the sales performance of developers have been declining. However, there are projects that are performing well due to their concept and location as well as the developers’ marketing strategies.”

Jones Lang Wootton executive director Malathi Thevendran, in her presentation entitled “Office market performance and outlook”, said, “There will be 22.962 million sq ft of office space with 29% under construction post-2021.” There will be continued downward pressure on buildings with poor occupancy, she added.

“We have to keep abreast of the office market trend. With infrastructure improvements, subcommercial locations have emerged (apart from the central business district and Golden Triangle areas), and this is where the new supply will be and the developers will be focusing on.

“Another area to look at is co-working space. But will this stand the test of time? Based on my observation, some are doing well while others have closed down or consolidated. However, there is still potential [for this segment to do well]. Not all of [the co-working spaces] are housed in purpose-built office buildings.”

“The second tower of the Petronas Twin Towers with total space of 1.25 million sq ft only reached full occupancy after 10 years. The first tower was already pre-committed to Petronas, but the balance [of 1.25 million sq ft] took a decade to achieve 90% take-up in 2008,” she said.

Although there were pre-commitments by HSBC, Prudential and Affin Bank to take up space at TRX for their headquarters, only 15% of the total space has been committed to so far, she added. “Pre-commitment is something that needs to be looked at.”

In his presentation entitled “Retail market performance and outlook”, Savills Malaysia head of retail services Murli Menon emphasised the importance of the millennials in the retail market.

“Currently, there are two billion millennials in Asia. In 2025, 76% of the global workforce will be millennials.

“Online marketing is creating a structural shift, but the bulk of retail sales will still take place in stores. It is not about online versus offline. It is [about] how the two can work together,” he said, adding that it is important to future-proof the market for the millennials and post-millennials.

“We are seeing a return to the customer-centric approach where engagement and convenience are important, not the channel of purchase. Millennials and post-millennials will shape the retail landscape going forward.”

Grocery, beauty, leisure and food and beverage are the most defensive segments to online migration, he added.

“Moving forward yields will be higher ... providing REITs with higher yields (7% and above), long leases and stable revenue. The long-term outlook for this sector is bright.”

Labrooy also spoke on the emerging REIT asset classes, particularly education, self-storage and even student housing. “According to a CIMB Education Report in 2014, 100 new schools will be needed to accommodate the growth [of the education segment].

The potential for further share price growth plus dividend income is a big draw for REIT investors, hence, self-storage holds a lot of promise, he said. “As for student housing, the likely acquisition driver is that REITs are good defensive plays, that is, student housing tends to do well, no matter where the cycle is as students will always go to college even during downturns.”

“Various incentives will continue to be offered by developers and further price corrections for apartments and condos on the secondary market may occur. This is an opportune time to buy.”

According to Peh, the catalyst for the Penang market would be the Penang Transport Master Plan and land reclamation. Some of the next growth areas in the state include Timur Laut, Barat Daya, Seberang Perai Utara and Seberang Perai Selatan.

“The Johor-Singapore RTS will connect Bukit Chagar to Woodland North in Singapore and is initially targeted to be completed by 2024. The Iskandar Malaysia BRT will connect Johor Baru city centre to the other corridors of Iskandar Malaysia and will enhance public transport services and connectivity in the southern part of the state,” he said.

“The focus of industrial developments will be more on BTS (build-then-sell) industrial complexes and medium-scale detached factories in managed industrial parks.”