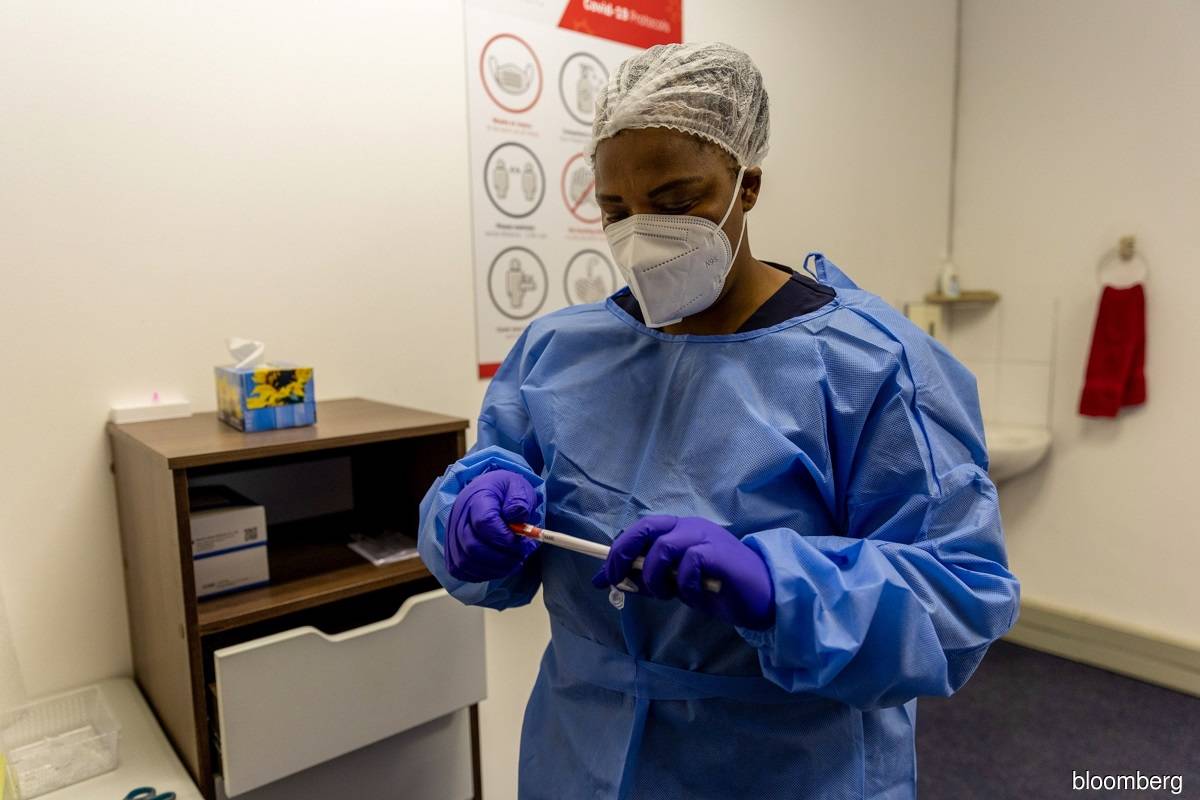 (Jan 14): The Omicron coronavirus variant causes less severe disease than the Delta strain even in those who are unvaccinated or who haven’t had a prior Covid-19 infection, a study from South Africa’s Western Cape province showed.

The research in the region where Cape Town is the capital compared 11,609 patients from the first three waves of infection, the most recent of which was caused by the Delta variant, and 5,144 patients from the latest Omicron-driven wave.

The findings add to growing evidence that while more infectious, Omicron may be less virulent than predecessors. Data from South Africa, the first country to have a major outbreak caused by the strain, has so far shown lower hospitalisation and death rates.

Still, with over a quarter of the population vaccinated and a prior infection rate of 70% to 80%, there has been concern that that may be masking the danger presented by the variant.

“Ours is the first study from a setting of high prior seroprevalence to demonstrate less severe disease in wave four after adjusting for both vaccination and prior diagnosed infection,” the researchers said in the study. “Even after this protection was considered there was a likely reduction of the most severe outcomes in wave four,” indicating possible reduction in virulence of Omicron, the said.

The study, which was released this week and is yet to be peer reviewed, focused on public hospitals in the province. It was led by Mary Ann-Davies, an associate professor at the University of Cape Town. She is also affiliated to the Western Cape government’s Health Impact Assessment Inspectorate.

It found that 8% of people were hospitalised or died within 14 days of being diagnosed with Covid-19 in the Omicron-driven wave compared with 16.5% over the three earlier waves.

“After adjusting for age, sex, comorbidities and subdistrict there was a substantially reduced hazard of death in wave four compared to wave three,” the researchers said. “The extent of reduction was attenuated when additionally considering prior diagnosed infections and vaccination.”

Still, even when prior infections were factored in there was a 25% lower risk of dying in wave four than wave three, they said. However, after adjustments for immunity from vaccinations or earlier infections were made, Omicron presented a similar risk to the version of the virus first identified in Wuhan, China.

The researchers warned that given the infectious nature of Omicron, public health systems still need to plan carefully for outbreaks because of the potential surge of patients.

“We found substantially reduced disease severity among diagnosed Covid-19 cases in the Omicron-driven fourth wave compared to previous waves,” the researchers said. Even accounting for vaccinations and prior infections, the data suggests “intrinsically reduced virulence of Omicron.”